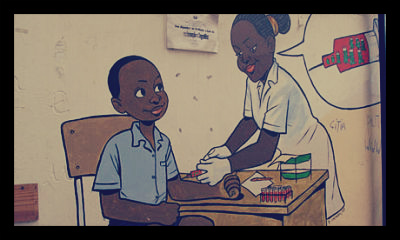 In Mozambique, 11.5% of 15 to 49-year-olds are HIV positive, and half of the untreated children who are HIV positive die before they reach the age of two due to delays in diagnosis and treatment. Now, new technologies to help diagnose and assess rural, poor citizens of Mozambique are being used by three different aid organizations.

UNICEF, along with the Clinton Health Access Initiative and Médecins sans Frontières (Doctors Without Borders), have been administering new tests that will rapidly increase the speed of diagnoses in children and also test other patients’ immunity levels. The new tests do not require a high level of technology, making it easier for health workers to administer the tests in rural areas, and are able to tell workers when a patient needs to switch antiretrovirals.

Normally, the HIV tests used in Mozambique take a spot of dry blood for testing with results taking nearly two months, with some patients never returning to find out the results. In addition to taking much longer, these older testing techniques are much less accurate than the current tests. The new technology takes no longer than an hour to determine if a patient is HIV positive.

Although the new technology helps the speed of return time of diagnoses, determining whether children in Mozambique are HIV positive is still a challenge as two types of tests are needed to determine if the antibodies of a newborn are from the mother or in the child’s blood itself. Aid groups hope to increase health infrastructure in the country to have the ability to offer both types of tests to patients.