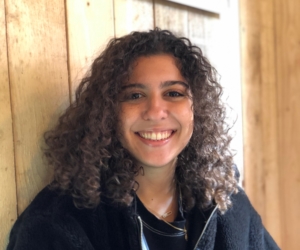 How did you get interested in global issues?
I am half Brasilian and half Lebanese so I have always been interested in politics outside of the UK, specifically Middle eastern politics as my father was a prisoner of war and consequently an asylum seeker. Having personal ties to those being impacted by politics in these two specific countries opened my eyes to wider issues and how they affect me domestically in the UK.

Why are you volunteering your time to serve the world’s poor?
As previously mentioned I am from two countries with really high poverty rates. I have seen favelas and other poor living conditions in Brasil as well as people’s recent rapid decline into poverty following the Lebanese economic crisis; both of which have impacted my families directly.

Any interesting tidbits to share?
I was in the UK Olympics opening ceremony as part of the Brazilian group of kids in the palace.

Support Monira Oliveira Khalil’s Fundraising Campaign, ensure you enter their name in the ‘Write a note’ box when you donate

The Borgen Project is a 501 (c) (3) nonprofit organization. All donations are tax-deductible to the fullest extent allowed by law. For more information, please contact [email protected] or 206-471-4148.

To Donate by Mail:

Visit The Borgen Project!
To arrange a tour of the office, please email:
[email protected]

“Having made tremendous strides on behalf of impoverished families throughout the world, I applaud The Borgen Project for its tireless commitment to ending global poverty. Through strategic advocacy and public education, you are helping to shape U.S. policy for the betterment of mankind. We are proud to be home to visionary groups like The Borgen Project. You represent the best of who we are as a state and as a people – insightful thinkers, proactive leaders and inspiring problem-solvers, who are committed to redefining what is possible and, ultimately, to changing the world.”