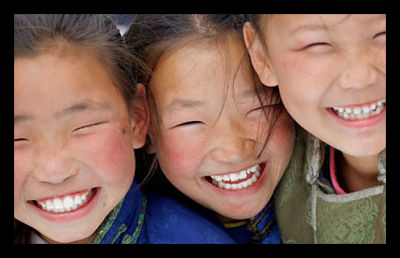 The World Health Organization announced on July 8 that Mongolia is officially measles free.

The country began using WHO-provided measles vaccines in 1974. It then imposed a national immunization program in 1993 and a law requiring immunization in 2002. Another strategy used by the Mongolian government was to cover more of the costs of vaccinations for citizens. It funded 90 percent in 2013, a massive increase from just 7 percent in 2003.

The WHO’s Regional Office for the Western Pacific awarded a certificate to the Mongolian government, commemorating its achievement.

Mongolia joined Australia, Macao, China and South Korea as the only other countries in the region with a 95-to-100 percent measles free rating for at least three years.

WHO regional director Shin Young-soo touted Mongolia’s achievement as a beacon of hope, and an important stepping stone in eliminating measles.

“It demonstrates that measles elimination is not only theoretically feasible, but also achievable in middle- and low-income countries and areas of the Western Pacific,” Young-soo said.

Mongolia is continuing a history of health achievements, as it was also the first Asian country to eradicate smallpox.

Mongolian Prime Minister Norovyn Altankhuyag applauded the efforts of his country’s health care workers, parents, the WHO and UNICEF in sustaining measles vaccination programs. It is clear that the rigid immunization initiatives and the government’s dedication have made a major difference in wiping out the disease.

During a ceremony in the Mongolian capital of Ulan Bator, many healthcare workers from both urban and rural areas were awarded medals and diplomas for their achievements.

“It’s one of the best days of my life,” said Ulziidelger Unenbat, a vaccine distributor for more than 20 years. “I never stopped alerting people to the importance of vaccinating their children. So I see Mongolia’s victory over measles also as a personal achievement.”

The cooperation of the Mongolian government with the WHO has proved successful in eliminating measles throughout the country. By following a similar policy, WHO aims to help the remaining Western Pacific countries meet the same measles standards by 2020.

10 Quotes about LifeRandom Hacks of Kindness
Scroll to top