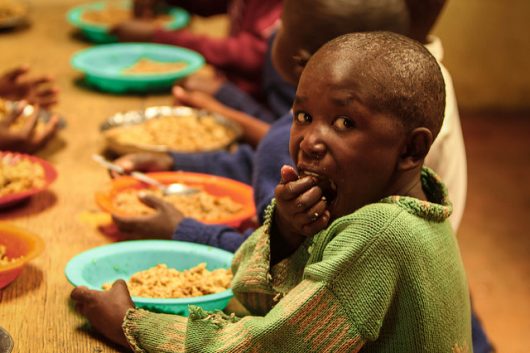 Foreign Aid
Many see foreign aid as a huge waste, but it actually acts as a long-term investment. Certainly, there may be some reason not to have confidence in the process, as it takes weeks of delegation for lasting, positive change. Regardless, what happens across the world affects the United States and the conviction of U.S. citizens in foreign aid can be a lasting solution to the global poverty issue. Most developed countries contribute somewhere around one percent of their fiscal budgets to foreign aid, which can add up to billions of dollars. However, take away from this budget to allocate funds elsewhere and there is potential to see a major impact on disease control, climate change efforts and foreign policy and government support for developing countries. The United States can only benefit by quelling these issues through foreign aid efforts.

Overpopulation
If the United States invests more in the future of foreign countries, it can be posited that there will, in turn, be more people to take care of in the future. Despite popular belief, projections predict this to simply not be true. When experts break down extreme poverty conditions, it is apparent that high birth rates and poor education coincide. Demographic shifts, which are characterized by birth rates lowering as living standards increase, also show that birth rates decrease with education, especially among women. Investing in the education and infrastructure of extremely poor countries has the potential to decrease populations, which can then lead to disease control and other solutions for poor nations.

Ending It Is Impossible
The global community has grown by huge measures in the last few decades when it comes to stymieing global poverty. Developed countries have made great progress in tackling domestic issues, but is an end to poverty realistic? There are several obstacles to this lofty goal, but it is not completely out of the question. There is no doubt that the last few hurdles will be the most difficult to achieve, as they require major global players, including the U.S., to make significant investments in long-term, sustainable solutions. While countries need to support security efforts, it may seem counterintuitive to invest in defenseless and foreign aid more. However, the remaining steps to ending global poverty include peace-making, economic support, and ensuring these countries remain independently resilient.

Causes of Poverty in IsraelTaking Action on Poverty in Africa: Key to the Future Success
Scroll to top