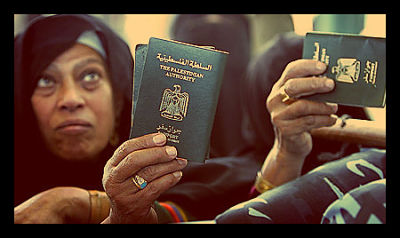 In a world where opportunity is a limited resource, people will travel far and wide to seek better fortunes. For 3 percent of the worlds population, international migration is a necessary way of life for migrants themselves and for their families back home. Migrants receive a lot of negative criticism, and are often called “drains” on the societies where they work, since many citizens do not understand the ways that both the migrant’s countries of origin and residence benefit economically.

When people are able to travel to places where their work yields higher income, they and their families, who often receive remittance, get the support they need to reduce their condition of poverty. International migrants typically leave their homes and families behind because they live in poverty, and must travel wherever the funds they need can be earned. Since the world’s poor represent a potential market, businesses and governments alike can benefit from people rising out of poverty and becoming part of the consumer class.

Everyone benefits when people are financially capable of handling the demands of life, such as food security and preventative healthcare, before these problems snowball into huge humanitarian crises. Plus, it is hard to forget the cultural richness and entrepreneurial potential Americans are proud of, which often comes from the “melting pot” of immigrants and migrant workers.

According to a report by The World Bank, the $400 billion in remittances that migrant workers have sent to their families in developing countries triple the amount of aid invested by governments to hasten development. If the fees collected by the providers of money transfer services were reduced from nine to four percent, a goal of both the G8 and G20, the world’s poor could benefit from an additional $16 billion annually.

That is to say, if they are able to benefit from money transfers at all. Britain’s banking giant, Barclays, has recently faced some tough criticism for terminating the accounts of hundreds of companies which provide money transfer services. Their decision has been likened to severing an essential lifeline to the world’s poor, especially in countries such as Somalia, where there are no official banks and remittances make up a substantial portion of the nation’s income.

Sources: The World Bank, The Guardian
Photo: The Promota