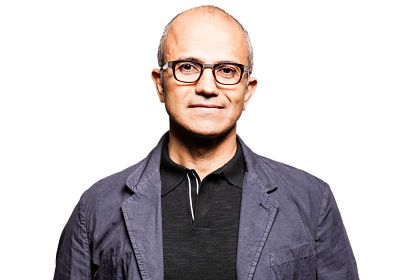 Satya Nadella is currently in discussion to be considered for the position of Microsoft’s Chief Executive Officer.

The current Microsoft CEO, Steve Ballmer, has held the CEO since 2000, when co-founder Bill Gates stepped down. Under Ballmer, Microsoft has amassed $120 billion in profit and $80 billion in dividends. And yet, critics highlight the fact that Microsoft has taken a back seat to competitors such as Google or and Apple and Ballmer faces the brunt of such commentaries.

If chosen, Nadella is expected to change the direction and strategy that Microsoft has undertaken in the past few years. Currently, Nadella is head of cloud business and enterprises. Nadella has been with Microsoft since 1992.

Microsoft’s board of directors is also rumored to be replacing Bill Gates as chairman of the board. Matching Ballmer’s alleged blunders in stock is Gates’ failure in foreseeing the future of the internet and mobile applications, instead focusing on Windows Vista and its features.

A large part of Gates’ time goes towards philanthropy work under the Bill and Melinda Gates Foundation. If replaced, Gates is said to focus more of his time towards the humanitarian and philanthropic work alongside his wife.

Gates, however, will continue to be a part of Microsoft in some aspect.

CEO of Symantec, John Thompson is predicted to replace Gates. Thompson was an IBM executive but currently commands the San Jose-based Virtual Systems, a software company.

Nadella, in his own right, accrued $20.3 billion in profit as head of server business. Nadella’s domain soon changed towards cloud and enterprise with a recent change in company focus, gearing to mobile and handheld devices.

Cloud computing is expected to be a profit-earner and can prospectively advance Microsoft; as head of the department, Nadella is well-versed to take such a venture.

To date, Microsoft has yet to comment on either decision of the chairman of the board or its CEO.