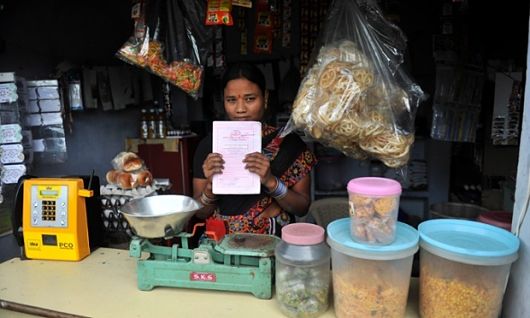 Microfinance has become a popular economic strategy for those in the “bottom of the pyramid” hoping to obtain a better quality of life through entrepreneurship and investment in rural business. But microloans often trap loan recipients in cycles of indebtedness, thus exacerbating the poverty loan providers claim to strive to reduce.

The primary problem with microloans is that recipients often use them to purchase basic necessities, like food and clothing, rather than for entrepreneurial ventures or local investment. In South Africa, 94 percent of microloan funding goes to consumption, not investment. This leaves recipients without the means of generating the income to pay back the loans (or the artificially high interest rates that come with them), which necessitates taking out new loans to repay previous ones. Because of the poor economic conditions in impoverished regions, people often have no choice but to enter into this cycle of debt.

Even when microloans are used towards developing business, loan recipients often face obstacles that make realizing revenue difficult or impossible. “When micro-loans are used to fund new businesses, budding entrepreneurs tend to encounter a lack of consumer demand,” writes Jason Hickel, an anthropologist at the London School of Economics. “After all, their potential customers are poor and low on cash, and what little money they do have gets spent on basic goods that tend already to be available. In this context, new businesses end up displacing already-existing ones, yielding no net increase in employment and incomes. And that’s the best of the likely outcomes.”

The worst, he writes, is similar to the outcome described above: borrowers end up failing and entering into cycles of indebtedness to pay off previous loans.

One challenge facing loan recipients is a lack of coherence among labor markets in developing regions. Enterprises launched by individuals have a high rate of failure due to a lack of business experience and resources with which to invest or pay back debts. Enterprises launched by communities, however, are much more likely to succeed, the result of collective utilization of resources and solidarity among workers.

An example is Bangladesh’s BRAC, the world’s largest development NGO. BRAC organizes poor communities using their own resources and enables them to create their own supply structures and manage their own industries. One of BRAC’s enterprises, Aarong, has grown into one of Bangladesh’s largest retailers and now earns annual revenues of over $60 million. Aarong’s supply-chain coherence and community support empowers rural artisans, allowing them to create and sell goods on a globally competitive level without having to launch individual initiatives by taking out high-risk loans.
Because NGOs like BRAC are largely self-funded, it is unlikely for them to establish a presence in every developing or impoverished region. This means that for rural workers to have a chance to succeed, local investment in small business needs to be accompanied by state assistance, strong subsidies and assistance for failed entrepreneurial endeavors.

One such example is affordable agriculture insurance, which has the potential to help rural farmers whose operations are threatened by conditions out of their control, like violent climates. Because agriculture is a main source of income for rural communities (over 2 billion people depend on “smallholder” farms for income), they often need to take out loans to maintain the resources to cultivate crops. Because agriculture is a high-variable venture, farmers are often left without the means of recovering lost investments. Insurance coverage for these farmers enables them to invest in riskier but more lucrative endeavors and makes it more likely for credit to be extended to them on more reasonable terms.

Business-friendly initiatives like agriculture insurance present opportunities for American companies to invest in developing regions while making it more likely for rural entrepreneurs to succeed. The more U.S. investors engage in activities such as these, the more likely it is for new markets to develop, and the more likely it will be for development aid to effectively improve business conditions in developing countries.