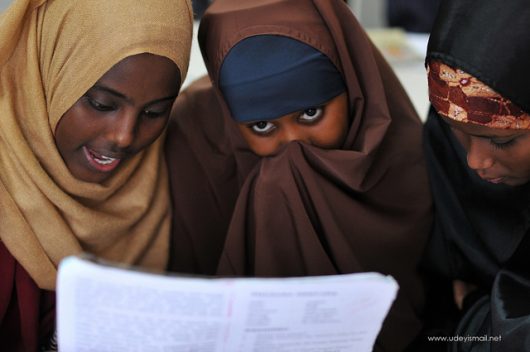 On average, one in four people around the world will experience some type of mental disorder or psychosocial disability within their lifetime. Of these people, 85 percent live in low- to middle-income countries. Countries involved in conflict, which can lead to the displacement of many citizens, tend to be a threat to mental health care for refugees.

In 2018, War Child reported that 65 million people were displaced worldwide–the highest record in history. This number is continuing to rise every two seconds. Of these refugees, half are children.

UNICEF reports that there are 22,500 refugee children in Greece. For refugees, working in the formal sector is often illegal, which results in the creation of many informal jobs such as begging, sex work and under-the-table labor. Children and adolescents are at a higher risk of developing PTSD or depression, with rates as high as 90 and 40 percent respectively.

For many of these children the experience of being a refugee is associated with trauma. The four stages of the refugee experience include leaving home, moving to a camp or “transit center”, seeking asylum and finally being resettled. The process leaves many refugees with depression, anxiety, adjustment disorders or somatization.

In 2013, the World Health Organization created the Mental Health Action Plan. The hope is to challenge the stigma and discrimination often held against mental health diseases. The four objectives underlying the plan are to strengthen leadership and governance for mental health, provide integrated and responsive services for mental health and social care on the community level, promote preventative strategies, and strengthen information systems.

The process of relocation is often difficult and flawed–placing in peril mental health care for refugees. Language or cultural barriers lead to the improper identification of mental health problems. The barriers can become so large that evidence of problems can be overlooked.

Inter-Agency Standing Committee has created a series of guidelines for supporting mental health care for refugees in emergency settings. The guidelines apply to more than just mental health and psychosocial workers. Their intent is also for humanitarian workers, general health care providers and camp management–all sectors involved in aiding refugees.

The necessity to motivate people to seek help and to have the proper tools necessary aid in their recovery. In many cases, professional psychiatrists or psychologists are not always readily available. Instead, health care providers, such as nurses or doctors, can be trained to help identify and manage people with mental health problems.

The widely accepted way to aid in mental health problems is through family or community support. For many refugees, they have been forcibly removed from their homes and any sense of community they might have had. The creation of various support systems aids in the coping process.

As of 2018, the United Nations Relief and Works Agency for Palestine Refugees (UNRWA) finished its ninth consecutive year of its children’s mental health summer camp. This year’s title was “My Identity is My Dignity,” focusing was on community mental health. Programs like this were held throughout West Bank.

The program employed 46 Palestinian refugee youths, ages 18-24 years old, to lead summer camps for hundreds of refugee children ages 6-13. The focus of the camp was with issues such as communication, gender-based violence, sexual violence, bullying and violence on social media. UNRWA provided relief and social services along with health programs.

Recently, UNRWA has seen an increase in demand for services around mental health for refugees as the number of registered Palestinian refugees continues to rise–often coinciding with poverty.

While conflict and poverty exist in the world, so will the prevalence of mental health diseases, especially amongst refugees. To best aid in their relief, the creation of support systems and professional programs to help with the readjustment process are crucial.