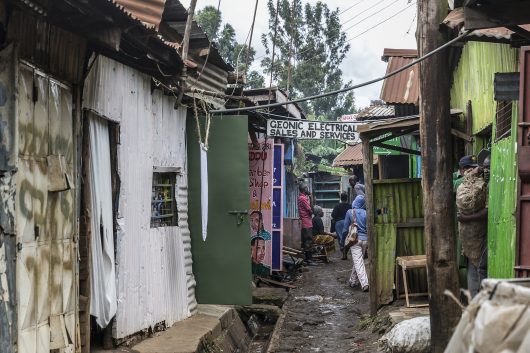 Fifty-six years following the Mau Mau rebellion uprising, Kenyans have relentlessly worked to piece their society back together.

In 1895, the British government declared Kenya as its colony. Thus began the processes of disenfranchisement where European settlers were prioritized over the indigenous communities.

In the early 1950s, over a million people strong, the Mau Mau rebellion engaged in an armed counter-insurgency to reclaim their land.

Following eight years of acute conflict and over 25,000 Kikuyu deaths, the Mau Mau rebellion was curbed by colonial forces. Nevertheless, the movement served as a vital step in the retrenchment of colonial forces in 1963.

Fast forward 56 years and the aspirations of the Kikuyu people have finally come to fruition.

Politically, Kenya has shifted from a single-party regime to a representative democracy. Constitutional reformation continues to take place and has “strengthened accountability and public service delivery at local levels.”

Kenyan literature has played a prominent role since the success of the Mau Mau rebellion. Noteworthy examples are the tales of social protest during colonial times by Ngugi wa Thiong’o – Weep Not, Child (1964) and Petals of Blood (1977).

Despite the holistic improvement, Kenya will continue to contend with adversity. The World Bank report on Kenya notes that “addressing challenges of poverty, inequality, governance, low investment and low firm productivity to achieve rapid, a sustained growth rates that will transform lives of ordinary citizens, will be a major goal for Kenya”.

The progress made since the Mau Mau rebellion demonstrates the potential for Kenya to be a continental success story. However, it will not happen unless Kenya continues to receive financial, technological and moral support from the international community.

What is Desertification? Innovative Approaches to Climate Change
Scroll to top