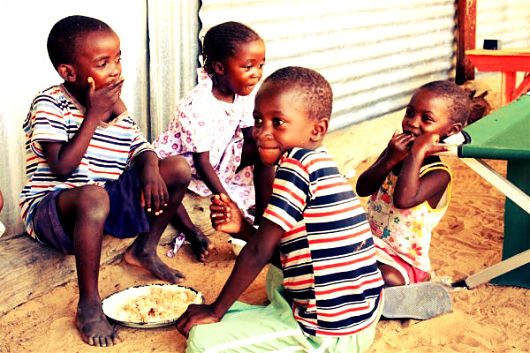 Malnutrition is classified into two stages: chronic and acute. According to World Vision International, “chronic malnutrition results in stunting, or reduced growth in height, and means that a child has persistently not received adequate nutrition. Stunting affects one-third of all children in developing countries.”

Acute malnutrition is more expedited, resulting “in wasting, or rapid weight loss, and means that a child has experienced a relatively sudden drop in food intake. This is usually due to a severe food shortage or period of illness. Ten to 13 percent of children under five suffer from acute malnutrition.”

A study released by the World Food Programme (WFP) reveals that Swaziland relies on international donors to keep famine at bay. But in reality, this only conceals the fact that there are food shortages and malnutrition affecting the Swazis.

The Cost of Hunger in Africa (COHA) survey was initiated by Swaziland’s National Children’s Coordinating Unit and the Ministry of Economic Planning and Development, the first survey of its kind in Swaziland.

Economic Planning Minister Prince Hlangusempi Dlamini noted “The saddest thing is that this cycle [of malnutrition] is not limited to the life cycle of each individual, but affects that person’s children, who will pass it on to yet another generation.”

Recommendations following the report suggest Swaziland spending massive amounts on a nutritional intervention, but Swaziland is unable to provide such financing. What can be done to bridge the gap between the much needed funding?

With a fund like The Power of Nutrition, which hopes to raise $1 billion to tackle children’s nutrition, Swaziland would be able to receive the funding essential for the nutritional overhaul. The funding would end the vicious cycle of malnutrition carrying over to the next generation.

After the White House: How Past Presidents Continue to Make a Difference How a Decline in Bees Affects the Developing World
Scroll to top