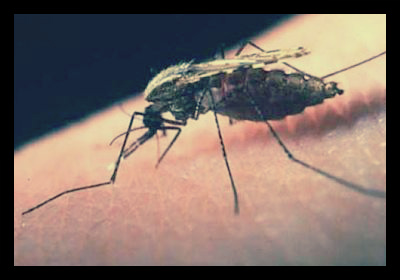 Throughout the course of history, there has never been a deadlier disease than malaria. Every year, an average of 300 million people are diagnosed with the disease, and on average, around 500,000 of those patients die. Infected mosquitos carry the disease, transmitting it to humans through a bite. This phenomenon—the origin of this disease—seems to stretch back to the earliest humans.

In light of the continuing deaths due to malaria, there is a cure. In fact, Jesuit missionaries in Peru discovered the cure to malaria over 400 years ago, in the early 1600s. Within the cinchona tree existed a substance called quinine, a treatment that is still used effectively in malaria cases today.

Since 1897, we have known how to prevent the disease. At that time, the British army surgeon Ronald Ross posited that mosquitos were the agents of the disease, a view divergent from previous notions of “bad air.” Simply, to protect against the disease, individuals need to protect themselves from mosquitos, particularly in tropical populations where the disease is rampant.

Yet, despite the quantity and quality of information regarding malaria, the disease continues to persist with vehemence today. In her TED Talk, Sonia Shah conjectured that there are three reasons for the failure to eradicate malaria: the complex science of the parasite that causes the disease, poverty and the challenges of providing adequate medical care in the developing world, and lastly, the lack of a cultural awareness in regards to the disease, much of which exists in the countries most affected by the disease.

Malaria poses a scientific challenge because of the complex parasite that causes the disease, one that lives half its life within a cold-blood mosquito and the other half within a warm-blooded human. Its resilience to attack—to the defenses of the human body—is multifaceted and unknowable. The parasite evades attacks and is constantly undergoing change. Thus, it is quite difficult to create a drug that works in all of the seemingly infinite stages of the parasite’s life cycle.

Lastly, in these same countries where the disease takes many lives, there is often a failure to appropriately recognize malaria and the grave dangers it poses. Malaria has become a fairly routine part of existence, as its victims are numerous. Therefore, many have become desensitized to its seriousness and take minimal measures to prevent against mosquitos.

There is not an easy solution to eradicate malaria. However, the unnecessary loss of life incited from the disease beckons an international attempt. Governments need to improve basic conditions of life, and in doing so, educate their populations about the deleterious effects of the disease.

By eliminating malaria, our generation would forever change the course of human history, providing a certain medical security to those who need it most.