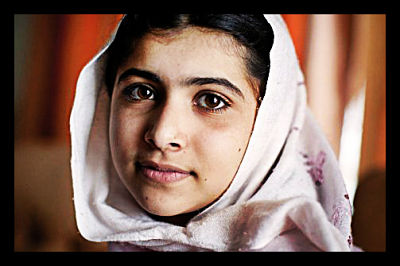 In October 2012, the Taliban shot Malala Yousafzai, a 15-year-old girl, for speaking up about women’s rights and education. She survived the brutal attempt on her life and in response, became determined to help every child in the world receive an education. To help make this dream a reality, she started the Malala Fund.

The Malala Fund was created with the help of an already established non-profit, Vital Voices, which encourages women’s empowerment and leadership. The Malala Fund’s aim is to support education for children across the globe.

Since the attempt on her life, much of the world has stood up in support of Malala. She even had a song titled Ricochet (Malala’s Song) written about her by a girl named Samantha Anne Martin; all of the profit created from the song on iTunes will go towards the Malala Fund. On February 4th, Malala released a video stating that she was still alive and doing well after various surgeries, and that now she will dedicate her life to serving girls across the world who need her and need help attaining an education.

Malala’s father has told ABC that he believes his daughter should serve as an inspiration to the children of the world. Perhaps he is right, because despite the fact she almost died for supporting the right woman to receive an education, she has become even more committed to the cause following her recovery.

Two important organizations, The United Nations Foundation and Girl Up, have given their support to the Malala Fund and her cause. Some militants still wish to harm Malala but nonetheless, Malala has been nominated for a Nobel Peace Prize and remains optimistic.

To donate to the Malala Fund, see the Democracy in Action webpage.