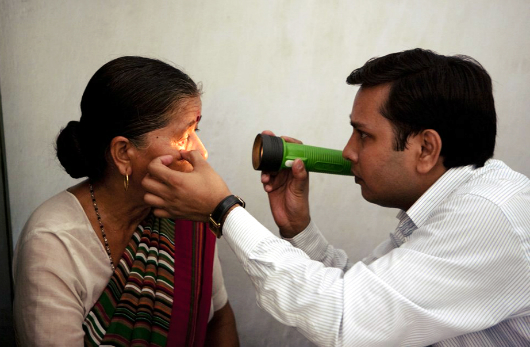 The spate of ethically driven decisions to pull money out of fossil fuel companies, known as divestment, has been widely publicized. From universities across the world to Ben and Jerry’s Ice Cream and most recently, Norway’s massive Sovereign Wealth Fund which divested in May, an estimated $50 billion in investments has been withdrawn from fossil fuel companies. While the debate continues on the effectiveness this will have on fighting climate change, this $50 billion, already ethically tinged, could have a serious impact on helping the world’s poor.

There are some definite challenges in making divestment money work for the poor. First, all of this money belongs to thousands of different organizations and governments, and each has their own rules for what can be done with the money. Additionally, these funds are generally not liquid and need to be reinvested.

A second challenge is organizing all of the “divesters” to try and plot out a common course to ensure that these investments could have the most impact. Perhaps the divestment campaign should be followed up with a reinvestment campaign, in which business, civil society and governments openly discuss what to do with the money.

One obvious area is research and development for renewable technologies. Not only does this form of investment dovetail with the goals of the divestment campaign, it is much needed. Recently, Bill Gates voiced the need for “high risk investments in breakthrough technologies.”

This rationale is solid. When Japanese and American researchers were able to make gallium nitride to glow blue, they unlocked a world of possibilities for rural Africans. Their achievement made possible the most efficient LED lighting, allowing batteries and solar panels to be downsized and sold for less than $40. In turn, this increased access to cheap energy for many rural Africans, saving them substantial amounts of money on kerosene (which costs over 80 times the average cost of electricity in the U.S.) and affording them with a light to read at night or a cell phone charging station.

Alternatively, and certainly not exclusively, the money could be invested in Indian healthcare, a sector that has been recognized to be in dire need of both public and private investment. In India, startups with access to investment have been “driving down costs for eye care, dental care, preventive screenings” and other basic health necessities, which places them in reach of India’s many poor.

This type of investment is especially effective in reducing poverty. It pumps money into developing countries while fortifying their capacity for education and research, which works to close the knowledge gap, which accounts for much of the difference in per capita income between developed and developing countries.

Investment in these Indian healthcare startups is just one example of the many ways in which the divestment movement could be tooled to reduce poverty from two sides: working to mitigate climate change and investing in the ability of poor people to learn to help themselves.