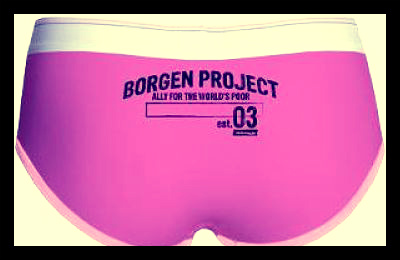 Making a difference in the world can seem like a momentous task. Many people feel like their contributions will be insignificant; how can the actions of one person impact such an immense amount of people? However, making a difference may not be as hard as it may seem. Impacting the lives of others can happen in a variety of ways. By dedicating oneself to the cause of helping others, one can be ensured that they are performing acts for the greater good. There are many ways to get involved, so why not start today?

Poverty is dwindling in many areas throughout the world, but there is still a substantial amount of work that needs to be done. Many people would love the opportunity to help, but see no way to get started. This may seem daunting at first, but there are ten easy ways to get started.

Let’s start with the political aspect. First, simply calling or getting in contact with Congress with letters or emails is a great way to start. Congressional leaders have been known to support poverty-reduction legislation when as few as 7-10 people declare their interest in the issue. Second, meeting with congressional workers is surprisingly easy to set up. Our democracy was built upon these standards, so incorporating them only makes sense!

Politics, however, is not for everyone. Spending money or wearing merchandise whose proceeds go to a greater cause can be easier for some people and doing this is just as easy. For example, one can simply buy from the Borgen Project! All proceeds from the online store go towards improving living conditions of others. Besides buying straight from the Borgen Project, there are other alternatives. eBay allows its users to set aside a share of sales and profit as a donation to the Borgen Project, so purchasing items off the site also can help the cause.

Fifth, social media outlets such as Facebook and Twitter are an excellent way to get information about world poverty seen in the public. Social media also gives citizens a unique opportunity to interact with famous people. Sixth, by posting on politicians’ and celebrity pages, people can get their message seen on these people’s profiles. Why not use every means possible to get news of the cause heard by all, regardless of fame and fortune?

Getting the news out and garnering support to diminish international poverty can certainly be difficult. However, informing others about the cause and giving people options as to what they can do to help is an effective method. Donating time and money to a program such as The Borgen Project is a way to impact worldwide poverty. People rarely give without asking, so writing out letters asking for donations often strikes a chord. People generally feel more inclined to help when they know the facts, and when they are asked. Fundraising online is another great way to obtain support. Ninth, donating to the Borgen Project or programs such as Kershaw’s Challenge, is also very beneficial. Lastly, performing an act (such as running a marathon) and obtaining charitable support for these acts is another way to get involved.

Getting involved can be so simple even though it can appear to be complicated. However, this is hardly the case – often, just getting started can be the most difficult part. Hopefully these ten ways to get started will get some action going anywhere, from the running trail or from online shopping on the couch!