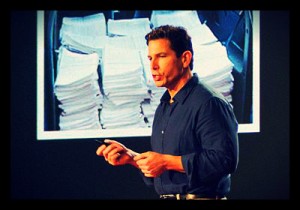 With major organizations like the World Health Organization, the World Bank and USAID trading out-of-date data collection methods for Magpi, the data collection and analysis service from Joel Selanikio, it is safe to say that the DataDyne software is a success. But, as laudable as the increased efficiency in these large organizations is, Magpi’s real utility is realized by smaller groups such as local governments, NGOs and networks of activists. By offering an indefinite, though limited, version of its product for free, Magpi enables those who lack the funds and reach of international organizations to gather and synthesize their data quickly, efficiently, and cheaply, educating themselves as to the appropriate courses of action.

Selanikio himself expressed that sentiment, saying, “Our target audience for Magpi is regular people.” He cites Facebook and Google as inspirations for Magpi’s structure. In addition to its free version, however, Magpi (which was initially called EpiSurveyor) offers two superior versions of itself for $10 or $20 thousand annually. The increased price tag allows greater data capacity, input limits, and assistance with synthesis and analysis.

DataDyne is not alone in addressing this market. As of August 2013, Selanikio reached out to Chris Neumann of DataHero to link their softwares. DataHero specializes in generating functional and concise graphics and charts from user-inputted datasets, allowing greater intelligibility of complex trends and statistics. Since both companies are the toast of the tech community, such a partnership could mean greater profitability for both and an increase in the ability of governments and organizations operating in the developing world to understand better the situations they are trying to alleviate, and to identify trends before they fully manifest.

Mechanical and social limitations still prevail in many regions. Though disappearing, the Digital Divide is still a very real phenomenon, with many African, Asian, and South American countries covering mere fractions of the percentages covered by their European and North American counterparts, and with far lower hardware capacity. Magpi is also compatible with cell phones, of both smart and non-smart varieties, but cell reception in many rural areas is unpredictable or outright non-existent. In areas of high illiteracy, finding staffers to administer the surveys and enter the data can be difficult, suggesting that DataDyne and DataHero may have to wait for institutional changes before their full utility can be realized.

Despite these problems, Magpi has met with marked success in many ventures. A 2004 collaboration with the WHO met or exceeded every goal set by reaching nearly 1.2 million people with AIDS prevention messages, distributing nearly 15.5 million condoms, and providing over 16,000 with Voluntary Counseling and Testing (VCT) services. These figures provide a promising look for the possibilities for software which is intuitive and polished–and if Selanikio and Neumann can become for NGOs what Steve Jobs was for techies, a revolution in the way aid is assessed could be underway.