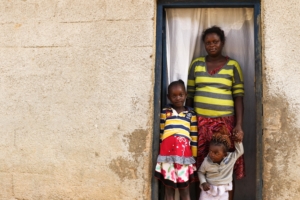 The United States Army reports that 46 Lord’s Resistance Army (LRA) captives were rescued by Ugandan troops in Democratic Republic of the Congo (DRC). This marks the largest group return of LRA abductees since 2008. The women and children returned between August 9 and August 10.

The returning captives, all women and children, came bearing a message from a group of male soldiers. According to reports from on the ground nonprofit organization, Invisible Children, male soldiers are willing to surrender provided guaranteed safety of their children. The month of August proved to be a pivotal one in LRA releases, as the rebel army continues to weaken.

The LRA’s scope has declined to an estimated 150-200 soldiers, according to the U.S. Department of State (USDS.) It has abducted an estimated 66,000 people, mostly women and children, since its formation in 1986, according to UNICEF. The DRC has borne the brunt of recent LRA violence since its complete migration out of northern Uganda in 2006. This activity has further destabilized the country already engulfed in governmental unrest.

In 2011, the African Union officially acknowledged the LRA as a terrorist organization, thus increasing regional initiatives at eliminating it. The U.S. has supported anti-LRA efforts to the tune of $560 million in aid to regions affected by the terrorist group, USDS reports.

Talks of a collaboration between the LRA and the predominantly Muslim Seleka group in the Central African Republic have further stirred tensions in Uganda. The Ugandan army has cited Seleka as a major reason for the LRA’s continued existence.

Invisible Children’s “Come Home” campaign broadcasts radio messages aimed at abducted LRA members encouraging surrender and a return home. The recently freed women say they had access to these messages during their time with the Army.