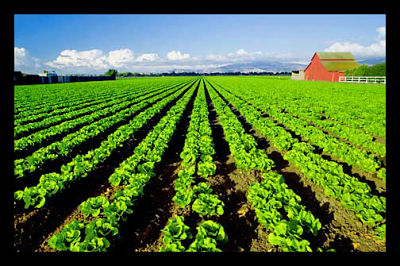 The House and Senate are in the process of debating multiple versions of the farm bill, which may affect the way food aid is delivered. The Obama administration has suggested an overhaul to allow food aid to be bought and distributed locally, rather than grown in American and shipped abroad. Both the House and the Senate have rejected this principle, with the Senate approving a significantly scaled-back version of the suggested plan.

Local and regional procurement (LRP), the purchase of food within the area where it is to be distributed, has many advantages. LRP cuts delivery time by an average of 13.8 weeks, according to an extensive study completed out of Cornell University. LRP can also decrease the cost of food aid, especially with transportation. For example, local grain purchases are extremely effective at cost reduction, with an average savings of 53%. It has been suggested that locally procured food may be safer and of higher quality. The previously mentioned study found that LRP recipients were universally more satisfied than recipients of foods shipped from overseas.

The purchase of local foods also supports local farmers in developing economies and has been found to have generally negligible effects on local market price levels and their volatility. Additionally, local companies may have a better understanding of the recipient communities and markets than U.S. companies do. Distributing locally produced foods can also be safer. According to Rajiv Shah, the administrator of the U.S. Agency for International Development, shipping large amounts of food aid into some war-torn areas is an extremely dangerous and prolonged process.

Despite all the benefits of LRP, there are a few concerns that should be raised. Local markets may not be able to support rapidly increased demand, and this may result in increased prices that put non-recipients at a disadvantage. In addition, food safety and quality are extremely varied and difficult to monitor overseas. It is also inadvisable to rely on local vendors that have not been proven consistent when attempting to get food to people who are starving.

The Obama administration’s suggested plan concerned the main U.S. food aid program, called “Food for Peace.” The changes would mean using up to 45% of “Food for Peace” funding to buy food locally. However, both the House and the Senate have rejected this idea. The House Appropriations subcommittee on agriculture has approved a version of the farm bill for debate on the House floor that advises a 20% cut to the “Food for Peace” program. Meanwhile, the Senate has passed a bill that would increase annual funding for the purchase of local products by 50%, to $60 million. This is still a minute portion of the $1.8 billion spent on food aid each year. While the changes suggested by the Senate are commendable, they should be seen as a small step in the right direction, rather than a complete solution.