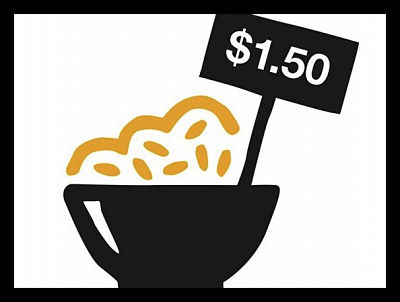 The Global Poverty Project challenges people around the world to change their perspective on global poverty by signing up to live on £1 per day for five days.

The Live Below the Line campaign began in Australia in 2010 when anti-poverty campaigner Richard Fleming lived for three weeks on the amount the World Bank defined as the extreme poverty line—the equivalent of U.S. $1.25 per day.

The campaign made its way to the U.K. in 2011, where it raised over £100,000 in its first year.  Live Below the Line has proven to be a powerful advocacy tool in addition to a fundraiser, as it forces participants to consider the real implications of living in impoverished conditions.

In 2013, over 6,000 people stepped up to the challenge of living on less than one Euro per day. This is good news, because the campaign’s managers have pointed out that getting people directly engaged in the campaign makes them more likely to continue campaigning or to take action in the future.

Beyond individuals, charities can also sign up to participate in the Live Below the Line challenge. In 2013, partners ranged from large organizations, like Save the Children, to smaller ones, like Positive Women, a group that aims to empower African women.

The Global Poverty Project is the same organization that launched the Global Citizens Music Festival, the End of Polio Campaign, and 1.4 Billion Reasons. The organization has worked tirelessly towards its vision of “a world without extreme poverty within a generation.”

By working to increase active participation along with general awareness, the Global Poverty Project shows its commitment to making a viable, positive difference in the fight against global poverty.

Poverty in Uganda 1013 Rules of Smart Giving
Scroll to top