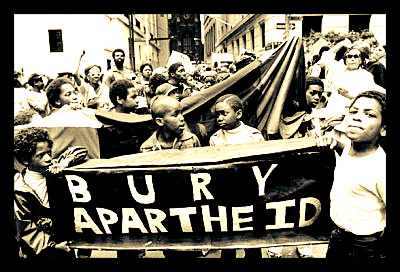 According to a UNICEF report, South Africa’s children are bearing the brunt of this developing nation’s difficulties. The report states that 1.4 million children live in homes that rely on dirty streams for drinking water. In addition, 1.5 million children do not live in homes that have working restrooms. Also, 1.7 million live in shacks with no proper bedding and no cooking or washing facilities. Worse, four out of 10 children live in homes where no one is employed; in more extreme circumstances, the number rises to seven out of 10. An estimated 300,000 children are also infected with HIV and 40 percent of them die annually.

While South Africa is still a developing nation, it has a legal framework with anti-poverty laws that should be keeping children above the poverty line. For one reason or another, these laws are failing to help those children who so desperately need support. Aida Grima, South Africa’s UNICEF representative, stated that two-thirds of childhood deaths would be preventable with simple improvements in primary care for kids.

To complicate matters even worse, corruption is a large part of South Africa’s society as well. According to Transparency International, an organization that monitors international corruption, South Africa is one of 36 countries where the police force is seen as one of the most corrupt institutions in the nation.  A study done by the South Africa’s Statistician General found large discrepancies between the well-being of black and white children. The study noted that while 94 percent of white children have access to piped-in water to their homes, only 27 percent of black children do.

South Africa is a nation that possesses some of the world’s richest diamond resources and is well on its way to becoming a leader of the African continent. However, South Africa must address inequalities within its own borders before it can turn to helping neighboring nations who are even less fortunate.