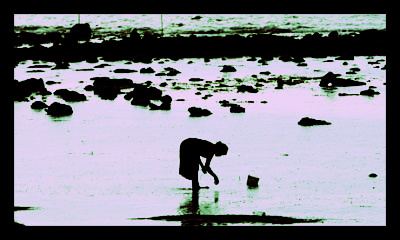 The loss of a spouse can be one of the most difficult events in life. It is only through mourning the loss with loved ones that one can begin to heal. In Cameroon, and many other developing nations, the mourning and healing process is cut out, diminished, ignored.

Many widows living in developing countries, such as Cameroon, find themselves kicked off their family property by their spouse’s male family members. This is a dreadful experience as families are thrown onto the streets right after they have lost a husband and a father. Despite the 1974 ‘Land Tenure Ordinance’, which guarantees equal access to land for all citizens in Cameroon, many women are still not able to retain their land due to cultural customs.

Customary to many developing states’ cultures, male relatives receive property of the deceased leading to fathers and brothers receiving the property and forcing the deceased’s family into poverty unless the husband’s family decides otherwise. Understandably, this leads to a variety of gender-based social issues. While 80 percent of Cameroon’s food sufficiency is grown by women, only 2 percent of women actually own land. This inequality progresses into economic detriments to the country’s development.

Women are further hampered by land grabs perpetrated by Multinational Corporations (MNCs) and the elites of society, according to Fon Nsoh, coordinator of a local NGO, the Cameroon Movement for the Right to Food (CAMORIF).  One of the most contested of these land grab projects in Cameroon, known as Heracles Farms, was ordered to be halted by the High Court in the South West Region where the project is located. However, this hasn’t calmed Nsoh’s concern that the company will continue its production of a palm oil plantation, roughly 282 square miles in size, or over a quarter the land area of Rhode Island. If continued, this plantation would be created under scandalous negotiations with a 99 year lease.  But it would also take a large portion of land from Cameroon land owners and limit male land ownership which in turn will severely limit the access to land ownership for women. While Cameroonian lawmakers passed the Land Tenure Ordinance in 1974, NGOs, such as Nsoh’s CAMORIF, are pushing for more advancements in society with three clear goals.

One of the current ambitions aims to incorporate women into committees dealing with all land issues to provide half of the country a voice in land rights matters. Secondly, “Land certificates for matrimonial property should be instituted in the joint names of the husband and wife so as to do away with the patriarchal system of inheritance practiced in most of Cameroon,” said Nsoh. These groups call for a simplification of the tedious and burdensome procedures and costs in acquiring land titles.