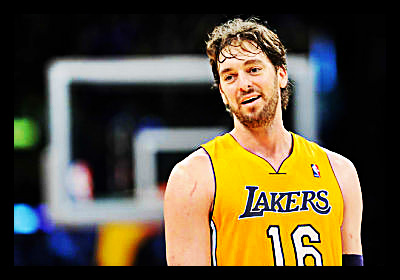 Los Angeles Lakers’ Pau Gasol donated $24,000 for victims of Typhoon Haiyan after scoring 24 points during the match against the Golden State Warriors November 22.

Typhoon Haiyan hit the Philippines in early November, killing more than 5,000 people and displacing millions of Filipinos, particularly in the central Leyte province of the Visayan Islands.

For his part, Gasol pledged to donate $1,000 for every point he scored. With a Laker victory of 102-96, Gasol’s contributions will go towards the U.S. Fund for UNICEF relief efforts.

The Friday night match at the L.A. Lakers’ home turf, the Staples Center, did not include Warrior and Lakers stars Stephen Curry and Kobe Bryant. The Lakers proved more than capable with Gasol scoring 16 points during the first half of the match.

Gasol promoted the cause via his Twitter account, which has 2.3 million followers as well as on the U.S. Fund for UNICEF. Additionally, Gasol encouraged others to pledge any amount from $1 to $20 to match his donations and scores during the game. To this date, according to the U.S. for UNICEF website, $13,476 were donated.

As reported by ESPN, Gasol commented, “That’s what I was hoping to accomplish, to get people to also pledge and contribute and donate along with me so that we could have a bigger impact.”

In the past, Gasol made a similar pledge for the 2011 Haiti relief fund and for the victims of the Japanese 2011 earthquake and Pacific tsunami. Gasol donated $20,000 to the former and $26,000 to the latter.

Gasol joins the industry in providing aid as the L.A. Lakers previously donated $150,000 towards Haiyan relief efforts through the Philippine Red Cross. Moreover, the NBA and the NBA Players Association donated $250,000 to the same UNICEF fund.