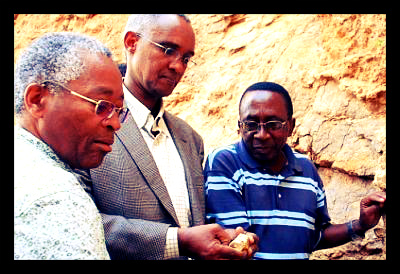 When petroleum, minerals, and natural gas discoveries in Kenya started grabbing international headlines last year, Kenyans weren’t sure whether the discoveries were good or bad news. Many wondered if the so-called “resource curse” was lurking in the shadows, waiting to bring a whole host of political and economic problems. Historically, this has been the case with other mineral-rich African nations such as Nigeria, Angola, Liberia, Sudan, and the Democratic Republic of Congo – just to name a few. Why would Kenya be any different?

The nation wants to join Botswana in being one of the few to break the curse by treading lightly, for starters. First of all, it is seeking guidance from the World Bank to revise the legal, regulatory, and fiscal framework of its petroleum sector. According to this institution, the country is also engaging stakeholders at the national and local levels to discuss how to share the wealth between the central government and resource-rich counties.

“We will put together an all-inclusive framework owned by Kenyans and endorsed by parliament to ensure that contracting is done properly and that the local communities are fully on board,” David Chirchir, Kenya’s Cabinet Secretary for the Ministry of Energy and Petroleum, said.

Besides striving to align the petroleum sector with global best practices in accountability and transparency, Kenya is also increasing royalties on minerals produced in the country and revoking certain mining licenses to get a bigger share of earnings from its mining sector. Although this is an unexpected move, it should allow more of the estimated $100 billion in hidden mineral deposits to benefit the Kenyan population.

To further secure Kenya’s mineral wealth, the country has set up a sovereign fund that will hold the industry’s proceeds in trust for investment in other sectors of the economy. The Mining Bill 2013 proposes that money in the fund be used to cushion the economy against shocks associated with sudden massive FOREX inflows and to store wealth for future generations.

The initiative comes as a result of the lessons learned from Botswana’s rare success story. Experts believe that it has effectively managed its resource wealth thanks mainly to a three-pronged strategy: economic diversification, which helped avoid over-reliance on the mineral sector for the majority of its revenue, strict control of public expenditures, and investment of surplus revenue for use by future generations.

If the right measures are put in place – good governance, transparency, economic diversification, strong fiscal discipline, and strategic investments – then Kenya might yet be able to race past the middle-income threshold before its Vision 2030 projected.