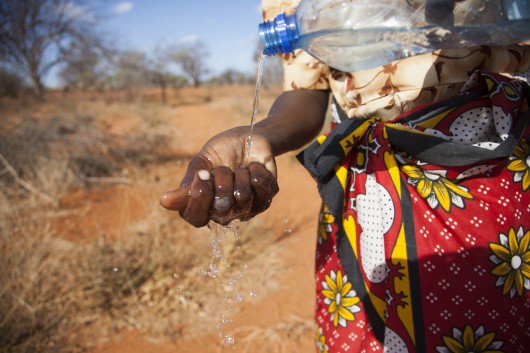 United Nations Educational, Scientific and Cultural Organization (UNESCO) and Kenya’s Water Ministry have recently teamed up to create a water mapping program. The Kenya Groundwater Mapping Program is set to tackle the drought that has plagued Kenya since 2004.

In 2000, a major drought lowered river levels, which made it difficult for farmers maintain their rice farms. Many farmers dug wells in search of water and began growing tomatoes and French beans, which required less of the precious resource.

When another drought hit in 2004, the wells dried up and farmers attempted to dig deeper in search for water. However, they could not find enough to support their land.

In the Kathigiriri village, farmers created hundred-foot-deep wells in search of water. Local farmer, George Kinyua told Reuters he built a 75 foot deep well to support his farm land, but the water only served one quarter of his four acre farm.

Lack of information on groundwater resources makes it difficult for farmers to find water. Mohamed Djelid, UNESCO’s East Africa Director said in an interview to all Africa, “Only an estimated five percent of the overall national groundwater resource has been documented so far.”

A 2013 survey of northern parts of the Turkana region found two aquifers which held 250 billion cubic meters of water, enough to last the whole country for 70 years.

The Kenya Groundwater Mapping Program aims to build a comprehensive database of the nation’s groundwater, which would make it easier to find when the next drought hits.

UNESCO will be training water agency staff on how to locate, manage and record data using the GPS and geographic information system (GIS). The program aims to provide information on the location and capacity of aquifers to impoverished farmers to make them less vulnerable to climate change.

“The initiative will strengthen drought preparedness at both local and national levels with the aim of facilitating improved access to clean drinking water for emergency situations and long-term needs,” said Djelid.