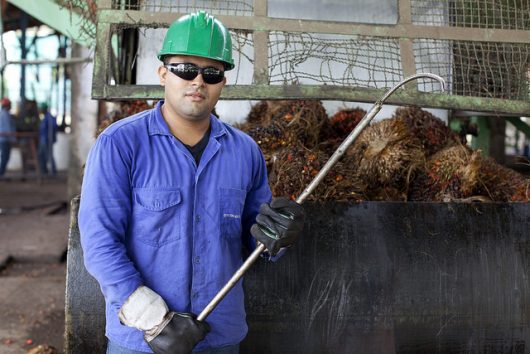 To be considered part of the middle class in the United States in 2017, a family of three must earn at least $41,641 per year. That said, the yearly salary for individuals working minimum wage jobs at a 40-hour work week is a mere $15,080. Despite a great deal of rhetoric saying otherwise, jobs and poverty exist together.

If a three-person household included one child and two adults working for minimum wage, the total income would be $30,160 per year. This amount is far below the yearly income required to be considered a middle-class household of three. It isn’t hard to see how many Americans can work 40 hours per week or more to provide for their families while falling near or below the poverty line.

Jobs and poverty exist together. Being employed does not necessarily mean being “financially secure.” According to a 2002 Urban Institute study, 45 percent of homeless people had worked within the past 30 days. To change these statistics, it is not enough to focus on poverty within our borders; the focus must be on alleviating poverty on a global scale.

When the U.S. works to end global poverty, American businesses benefit thanks to an expanded customer base, seeing as those who were once living in poverty are now able to purchase products exported from the U.S. An expanded customer base abroad creates more job opportunities at home, helping to alleviate poverty both globally and locally.

Minimum wage workers are living proof that jobs and poverty exist together. For these workers, staying above the poverty line is particularly challenging depending on the size of the family. A single parent of two would have to work more than 50 hours each week to keep from falling into poverty.

Creating more jobs and jobs that come with better benefits will help reduce poverty, but the U.S. needs a greater focus on using foreign aid to generate these jobs. By lifting others out of poverty, we create consumers with the annual income needed to purchase more American products.

Fighting global poverty is one good way to strengthen the economy, produce more jobs and give a better life to all who are living in or near the poverty line.