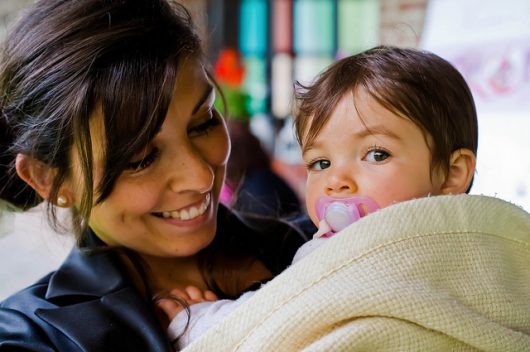 Italy’s birth rate has continued to drop, according to the most recent report from the Italian National Institute of Statistics (ISTAT). This is the second year in a row that the national number of births has dipped to fewer than half a million. The birth rate is currently at 473,438.

In 2015, the country saw its fertility rate plunge to its lowest since the Italian modern state was formed in 1861. The national average birth rate of 1.35 children per woman is significantly less than the average for women across the European Union at 1.58.

Political analysts have cited the spikes in poverty and unemployment rates among the youth as possible factors that may have spurred the decline of Italy’s birth rate. Even though the birth rate has been steadily decreasing since its peak during the 1960s, it has fallen significantly years after the 2008 global financial crisis. From 2008 to 2013, Italy passed through its longest and deepest economic recession; as an effect, the national unemployment rate grew from 5.7 percent in 2007 to 13 percent in 2014.

The aftershocks of the recession hit young Italians the hardest. As the country starts its path towards economic recovery with increasing in small increments of the GDP and a gradual decrease in the unemployment rate, Italy’s youth fall deeper into poverty. A 2017 report from Caritas, an Italian Catholic organization focused on social development in the country, reveals that one out of 10 young Italians are now poor, a stark contrast from the two percent poverty rate in 2007. Moreover, close to one of five young Italians are neither employed nor in the workforce, almost double the EU average at 11.5 percent. Youth unemployment, consistently high since the economic downturn in 2008, is still at 37.8 percent, the third-highest in the European Union.

The youth who are more fortunate to be employed, often either have irregular contracts or earn significantly less than their older colleagues. According to the Employment and Social Developments in Europe (EDSE) review published by the European Union (2017), 15 percent of Italian employees aged 25 to 39 have irregular contractual work, while workers aged under 30 earn 60 percent less than workers over 60.

The lack of financial security has had a marked impact on Italy’s youth, who with the uncertainty in the job market have opted to stay home until they are financially and professionally stable. Italians now leave home and have their first child at the age of 31 or 32, five years after the average European.

Members of the Italian government have recognized the interrelation between the decline in Italy’s birth rate and the increase in poverty and unemployment rates among Italy’s youth. “[With] no guarantee of income for citizens, most will not think about starting a family,” Italian health minister Beatrice Lorenzin said in 2016. Young Italians, suffering from the lowest wages in Europe and rising poverty rates, seem to know better than burdening themselves with trying to provide for dependents with their meager incomes.