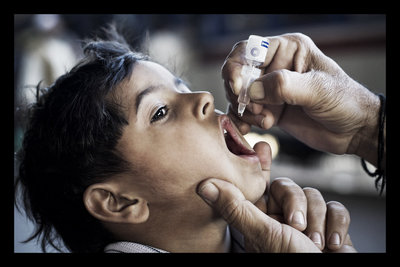 The Isle of Man’s International Development Committee of the Council of Ministers has announced its intentions to contribute £30,000 annually for the next three years to the Global Polio Eradication Initiative. Rotary International, partnered with the World Health Organization, US Centers for Disease Control and Prevention, and UNICEF, will utilize the funds to finally rid the world of this preventable disease.

International health organizations have worked diligently to eliminate 99 percent of polio cases; however, they are determined to completely wipe out the disease. Polio is completely preventable with a vaccine, but some people living in poor areas of the world still do not have access to it. Those affected by polio are often young children less than five years old.

Phil Gawne MHK, Chairman of the International Development Committee, is passionate about long-term commitment because polio is a disease that is primarily found in children. The Isle of Man’s donations will go towards providing vaccines for millions of these impoverished children, thus making the end of polio an even more attainable goal. By pledging to give money for three years, Gawne says his country is ensuring that the polio initiative is successful.

Despite the current debates over funding foreign aid programs, Minister Gawne enthusiastic about the role Isle of Man in playing in ending polio. This issue will also be discussed at the Global Vaccine Summit in Abu Dhabi in the next few days. The Bill and Melinda Gates Foundation, along with the Prince of Abu Dhabi, will educate attendees on how to stop the transmission of polio by 2014 and the importance of immunization.

Minister Gawne is proud that his country is able to look at solutions for global programs rather than only those that affect his homeland. According to Gawne, the Isle of Man is “fully committed to playing its part in efforts to create a more sustainable future for all of the world’s citizens.”