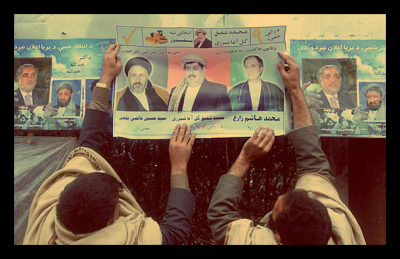 According to an article by the New York Times, the Independent Election Complaints Commission said that the Afghan presidential election this time around appears to be cleaner than the one in 2009.

Nader Mohseni, the commission’s spokesman, said that fraud was less prevalent in the 2014 elections compared to other elections in the past. Unlike the 2,842 complaints that the commission recorded in 2009, only 1,573 were counted this year.

“Compared with 7.5 million people who voted, that number is very small,” said Mohseni. “That’s what the international observers believe as well.”

Setting the election aside, the year 2014 is an important year for Afghanistan. Juan Cole, Richard P. Mitchell Collegiate Professor of History at the University of Michigan, said that President Obama told Afghan president Hamid Karzai that his refusal to sign a Bilateral Security Agreement gave the U.S. no choice but to withdraw its military from the country.

“Keeping on 5,000 troops and some equipment at a handful of small bases will not be difficult if Karzai’s successor decides to sign the SOFA,” Cole said.

But is it necessary for U.S. troops to keep their presence in Afghanistan after more than a decade of combat in the country?

Around the time Cole made these remarks the Taliban has been involved in several violent campaigns that made Pakistani officials question whether Kabul can ultimately stay in control of the situation and confront the group.

According to journalist Patrick Cockburn, the current situation in Afghanistan is not looking good at all.

While visiting Kabul a few years back, Cockburn realized “the main problem in Afghanistan was not the strength of the Taliban but the weakness of the government.”

“It does not matter how many NATO troops are in the country because they are there in support of a government detested by much of the population,” he explained. “Everywhere I went in the capital there were signs of this, even among prosperous people who might be expected to be natural supporters of the status quo.”

Cockburn also believes that this year’s election will not be a success and will be more fraudulent considering Karzai is no longer able to run for a third term.

“The April 2014 election is likely to be worse than anything seen before, with 20.7 million voter cards distributed in a country where half the population of 27 million are under the voting age of 18,” he said.

Cockburn also reveals that election-monitoring institutions, such as the one Mohseni represents, are under the control of the government.

As a result, if the Afghan government controls the Independent Elections Complaints Commission, there is no guarantee that the New York Times article is correct for claiming that the 2014 elections are in fact cleaner.