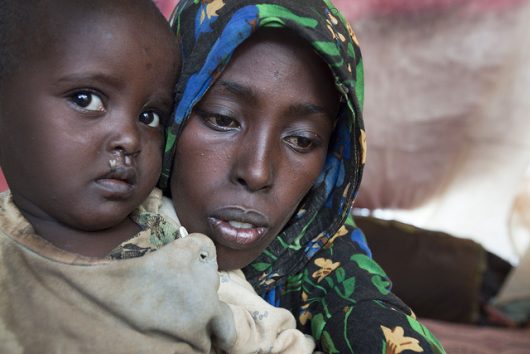 On August 3, 2017, the U.S. announced a $169 million investment in Ethiopia and Kenya for those experiencing severe drought. Emergency food assistance will provide safe drinking water and health services, as well as specialized nutrition supplies to treat malnourished children.

In Kenya, about 2.6 million people are food-insecure, and malnutrition rises as droughts continue. Funding for Kenya will support refugees fleeing conflict and drought. The U.S.’s assistance for Ethiopia will support 111,000 metric tons of relief food aid for approximately three million people. The U.S.’s investment in Ethiopia and Kenya supports the countries and helps prevent more serious catastrophes.

According to the USAID-funded Famine Early Warning Systems Network, without immediate and sustained assistance, food insecurity could reach catastrophic levels in the worst areas of Ethiopia.

“It is not a famine but it is rising up to the levels of getting close to famine,” says Matt Nims, acting director of Food for Peace at USAID. Acting now, during the drought, may ease or prevent the possibility of famine.

In 2015 and 2016, about 10 million Ethiopians, 10 percent of the country’s population, required emergency food aid. Ethiopia imported 1.6 million tons of wheat and lifesaving supplements. Even without the crisis of drought, 22 million Ethiopians live in extreme poverty. With international assistance and taking preventative action, Ethiopia can focus on supporting its civilians and their basic needs with the appropriate resources.

With the U.S.’s investment in Ethiopia and Kenya, the countries gain increased food security and services to prevent malnutrition. The countries are in dire need of international donors to support them and help prevent greater crises. International aid, especially during droughts, is crucial to helping families out of poverty and creating national stability.