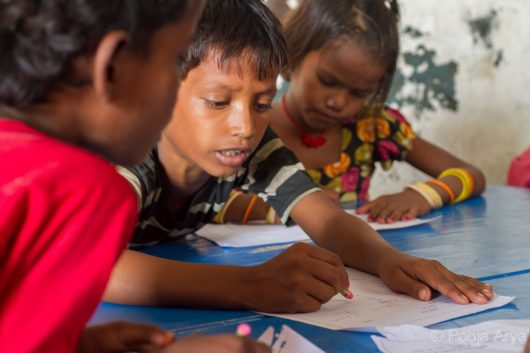 All the countries in question are dedicated to funneling new resources into the early years of children. The hope is that by doing so, they will live longer, healthier lives and learn important tools and skills that will help them grow into well-adjusted, productive adults.

According to UNICEF, children in poor environments are far more likely to experience stunted growth when compared to their richer counterparts. This is in part due to lack of access to proper nutrition, which can have negative effects on growth and development.

For instance, a recent study by The Lancet has noted that 66 percent of children in Sub-Saharan Africa suffer from poverty and stunting. In South Asia, 65 percent of children are at risk of stunting which is an irreversible condition that hampers the physical and cognitive growth of children.

Organizations such as Save the Children have been working diligently to combat the issue. They have implemented School Health and Nutrition programs, which increase access to health and nutrition services in schools, such as micronutrient supplementation and vision and hearing screening.

By promoting healthy life behaviors, increasing access to sustainable agriculture and improving skills-based education, these institutions hope to make stunting due to child malnutrition a thing of the past.

Hunger in Iraq: Unrest and Inadequate Response Identifying and Preventing the Top Diseases in Chad
Scroll to top