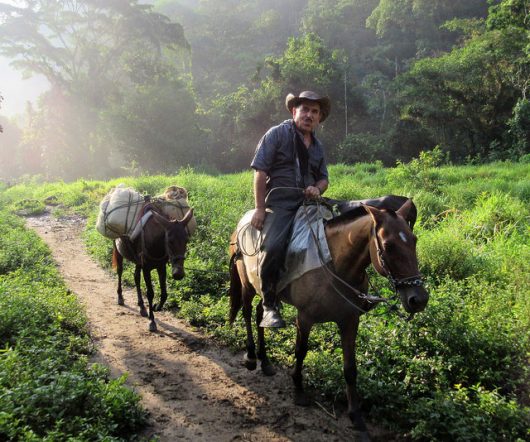 Around the world, 1.3 million of people do not have access to energy and 3.5 million cannot access the internet. To minimize this problem, the global foundation Un Litro de Luz (Liter of Light) has created Linternet – smart poles that provide access to light and the internet to isolated communities in Colombia. Through a micro-franchise model, the initiative connects the most vulnerable sectors of Colombia’s society to the internet while also creating employment opportunities.

Founded by Camilo Herrera, Un Litro de Luz is a sustainable illumination project that aims to bring low-cost solar energy and internet to isolated communities, empowering them and teaching them how to build simple illumination systems.

“Linternet was born as a stage of Un Litro de Luz in which we empower communities so that they can build and replicate the internet coverage model in Colombian rural areas,” says the ambassador of Un Litro de Luz Sergio Espinosa. With the goal of transforming communities, the project is present in several other countries such as Ghana, Pakistan, the Philippines, Kenya and the U.S.

According to Espinosa, Un Litro de Luz and Linternet both represent extensions of public resources. The projects aim to teach the communities’ residents that, even though these resources are limited, they are able to find their own solutions. The citizens are the ones who build the whole system during a workshop with Un Litro de Luz. “They understand how the system works, can learn how to maintain it and, also, at the end of the process, feel like the light poles belong to them and they take care of it,” explains Espinosa.

The lights are made with solar panels and plastic lamps, have low power consumption, and high luminosity and durability. In the light poles, there are signal replicators that allow the connection to the internet. The poles have a connection range of two kilometers so people can have internet not only next to the light poles, but also at home.

Un Litro de Luz and Linternet have several positive impacts. They help the environment, by promoting recycling of plastic and solar energy. The internet also facilitates education in these communities and allows better health care via systems of online appointments and medical diagnosis. Lighting dark paths provides safety, especially for women and girls.

So far, more than 237,000 people have benefited from the organization’s illumination systems and 3,500 have access to the internet because of Linternet. “When we bring technology and internet to isolated communities, we not only provide them with infrastructure but also with opportunities and information,” says Camilo Herrera.