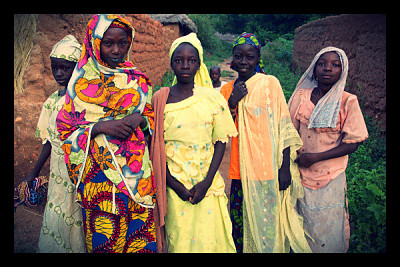 140 million women across the globe have been subjected to female genital mutilation (FGM) or cutting, otherwise known as female circumcision. The age-old practice could involve removing the clitoral hood, clitoridectomy, or the removal of the inner labia or outer labia, ensuring pre-marital virginity as well as preventing extra-marital sex. February 6th is the International Day of Zero Tolerance to Female Genital Mutilation/Cutting, an observance that raises awareness of the harmful effects of this practice.

This year marks the 10th commemoration of the declaration of Zero Tolerance to Female Genital Mutilation/Cutting since the first conference was held in Addis Ababa in 2003. In 2000, USAID officially introduced the eradication of FGM to its development agenda. Significant development has occurred since, but there is much more to be accomplished.

USAID acknowledges the incredible progress that has been achieved thus far. In 2004, UNICEF presented an important publication, “Changing A Harmful Social Convention: Female Genital Mutilation/Cutting,” providing extensive facts and information on the practice while promoting change.  In 2008, UNFPA and UNICEF joined hands to create “Accelerating Change”, a program that strives to fund and implement official policies to affect change. Last year, the UN General Assembly called for states to denounce harmful practices against women and girls, specifically FGM.

Despite the progress made, every year 3 million girls remain at risk of this cruel procedure. The International Day of Zero Tolerance to Female Genital Mutilation serves to remind us to work towards ending this cruelty that had been disguised as the norm in many societies.