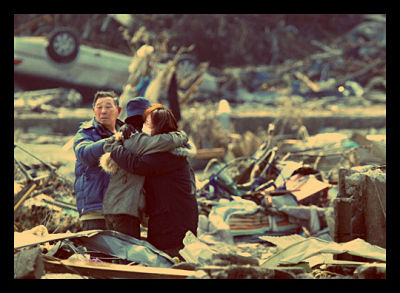 In 1986, Barry La Forgia embarked on a mission trip to Peru where he helped construct shelters for those burdened by poverty in the Amazon Jungle. Following the experience, he returned to San Diego, left his real estate and law practices, and, in March of 1988, formed the Southwest Medical Teams, which would later be called the International Relief Teams.

The organization was designed to link people in need with teams of individuals who had the skills to meet those needs. By the end of 1988, volunteer teams were sent to Oaxaca, Mexico to build a healthcare clinic, to Jamaica to provide care for the victims of Hurricane Gilbert, and to Armenia to treat victims of one of the largest earthquakes of the century.

IRT has proven to be effective in choosing appropriate responses to emergency situations and disasters so that its resources can be used in the most efficient way possible. Since it’s founding, IRT has deployed 405 disaster relief teams, a total of 2,328 volunteers, to aid victims of disaster both here in the U.S. and abroad. More than $89 million in emergency supplies and medicines have also been delivered to those in dire need.

The higher quality health care offered by medical professionals who were trained through IRT’s training and medical education programs in emerging countries has saved the lives of many. Since 1994, IRT has directly trained over 800 instructors in Russia, Romania, Lithuania, Latvia and Vietnam, who have then passed on this training to over 18,000 of their colleagues.

Since 1988, it has deployed 207 teams of clinical and surgical specialists to several countries, including Mexico, Cambodia, and Papua New Guinea. These teams have changed lives through the procedures they perform, such as restoring sight to those suffering from blindness and performing corrective surgery on individuals suffering disfigurement from accidents or birth defects.

In remote regions of the world where extreme poverty is a way of life, receiving medical treatment or life-changing surgery remains a far-off dream. IRT, however, is fighting to change that.