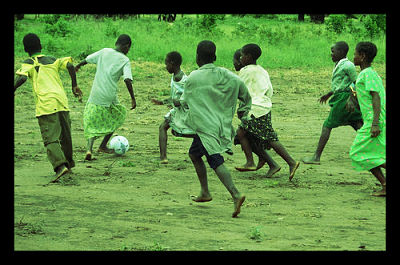 The UN’s Millennium Development Goals (MDGs) have resulted in a number of successes, yet there is still room for improvement, particularly regarding global economic development, according to Professor Jose Antonio Ocampo, chairman of the UN committee for development policy. He believes that the MDGs lack the inclusion of developing nations in international decision-making, which will be essential for ending poverty beyond 2015.

The Millennium Development Goals were clear, concise, and not unreasonable. The high visibility of these goals, and the support of many powerful nations, has not only spread awareness about global poverty, but has also resulted in real achievement. One goal, to reduce global poverty by half, has already been met.

The area where the MDGs fall short, according to Ocampo, is goal eight: develop a global partnership for development. This goal was aimed at facilitating the progress of development for the world’s poorest countries, with assistance from the international community. It was also meant to develop an “open, rule-based, predictable, non-discriminatory trading and financial system.”

MDG8 is essential for ending global poverty in the long run, since the biggest predictor of poverty is the country in which a person is born. The reason is the drastic income inequalities between countries. Facilitating economic development, and reducing the income inequalities at an international level is “the most important contribution to fighting global poverty,” says Ocampo. Developing nations have long been calling for “a change in the rules that govern global finance, trade and technology generation and transfer.”

The decision-makers at the UN proposed that a number of multi-stakeholder partnerships comprised of foundations, the private sector, and academics would make-up the “global partnership” to facilitate economic success in the developing world.

While Professor Ocampo welcomes their insight, he believes that this collaboration “can never be a substitute for the central role that intergovernmental co-operation has to play.” Intergovernmental cooperation is essential to global decision-making regarding economic development to reduce income inequality at an international level, and poverty worldwide.