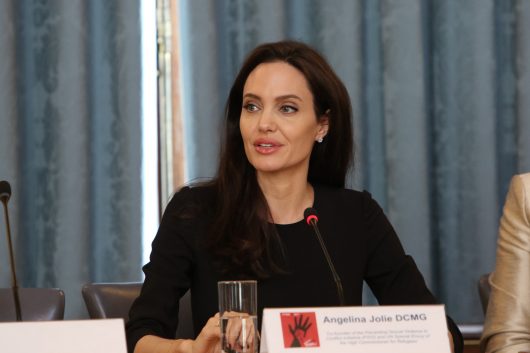 Angelina Jolie made international adoption trendy, but humanity’s capacity to love is never out of style.

International adoption is not simply a child coming to the United States; it is so much more. The adoption process is an exchange of cultures. The journey to a happy family is a grueling and emotionally painful two to three years. The prospective parents remain at the mercy of the birth parents, a foreign court system and lawyers. This lack of control can be hard to bear.

In order to understand international adoption, the transformation and eventual reformation of orphanages within the United States is imperative to grasp.

In the 19th century, orphanages became important in the United States due to the financial hardships and violence of the era. The Civil War claimed hundreds of thousands of lives, and diseases many more, orphaning children throughout the country. Not only were orphans created due to the death of their parents, but also due to the financial inability of parents to support their children. As a result, hundreds of orphanages were established throughout the nation. Orphanages were responsible for providing children with shelter, food, clothing and education.

Eventually, it became common knowledge that children in orphanages were often abused or neglected. As a result, the United States shut down many of the orphanages found guilty of such crimes. The government shifted its focus to the foster care system in order to protect orphans from abuse.

Today, some improved and modern group homes exist for orphans. Despite the many news stories of horrific foster care situations, it is considered to be a better alternative than a group home. Nothing can replace a family.

Although the system in the United States is still lacking, institutions monitor children’s safety and health. Laws are in place to enforce good living conditions in both orphanages and foster care. But how does this system compare to international adoption? Why would someone adopt abroad?

When discussing the idea of international adoption, many critics respond by pointing out the thousands of children in need in the United States, but there is no right or wrong choice of where to adopt from. Each type of adoption is right; it simply depends on the prospective parents.

Another factor to consider is that governments in developing countries do not have the same standards and laws governing orphanages. These children often live in very dangerous situations caused by overcrowding, malnutrition and lack of healthcare. Foster care often does not exist and cultural norms make adoption very rare in foreign states.

Three examples highlight the conditions in some of the worst international orphanages: Nanning Orphanage, Shanghai Children’s Welfare Institute and others in China in the 1990s, Ungerini Home for the Incurable in Romania and Mazanovsky Orphanage in Russia, 2013.

Orphanages like Shanghai Children’s Welfare Institute specialized in the “holocaust” of female infants. Due to China’s one-child policy enacted in 1979, the proportion of female infants abandoned, aborted or murdered by their parents rose drastically. Those daughters who survived wound up in these orphanages, where they often died of neglect.

In Romania, Ungerini Home for the Incurable left children with significant illnesses for dead in “dying rooms”. Orphans suffered from malnutrition, lack of healthcare, abuse, neglect and often torture. One child suffering from polio was tied to a crib, causing him to develop deformities requiring thirteen reparative surgeries. Romania’s abuse was so significant that the Romanian government allowed the United States to investigate.

In Mazanovsky Orphanage, beatings were rampant. Throughout Russia, orphanages have maintained a strong reputation for abuse, overcrowding, malnutrition and neglect. The Russian government recently halted the adoption of Russian children by U.S. citizens.

One person can make a huge impact on the world, be it positive or negative. However, in order to become the best version of ourselves, love and nurturing are needed in our formidable years. When the world is chaotic, family is your only constant.

Love crosses all barriers. International adoption is a glimmer of hope in the otherwise bleak future of children suffering all over the world.