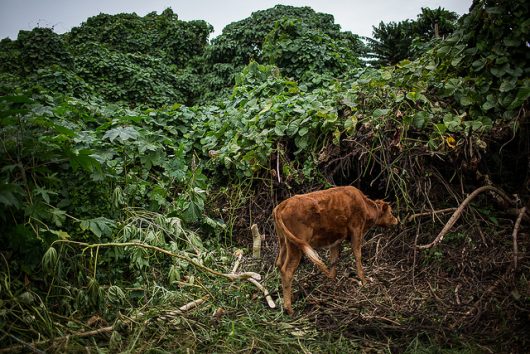 According to a U.N. University World Risk Index, Vanuatu is the world’s most at-risk country for natural disasters. Of Vanuatu’s 250,000 citizens, approximately 90,000 per year are at risk of earthquakes. Storms put 30,000 people per year at risk. Natural hazards affect 64 percent of Vanuatu’s citizens every year, yet 81 percent lack coping capacities.

Minister of Infrastructure and Public Utilities Jotham Napat commented on the government’s awareness of the impact natural disasters have on the community and environment, and the need for improved public infrastructure in Vanuatu. Napat emphasizes the necessity for the government to have the ability and motivation to respond to natural disasters. Emergency response should be based upon solid policies, legislation, practices and procedures to restore normality and strengthen resilience.

Following the storm, Vanuatu’s government approved the Infrastructure Reconstruction and Improvement Project for Vanuatu in June 2016. The goal of the project is to improve the climate and disaster resilience of specified public sector assets impacted by TC Pam; it also provides an effective and immediate response to an eligible crisis or emergency.

The project consists of five components:

Vanuatu’s emergency response protocol will support preparedness and immediate response to eligible catastrophic events, disasters and emergencies. The project’s anticipated closing date is April 30, 2022. It is comprised of a $25 million USD credit and a $25 million USD grant.

The project is one of many established in response to TC Pam and provides 14,000 people with improved all-weather road access and 5,000 students with safer schools. Vanuatu has a 50 percent chance of experiencing another loss greater than $330 million USD within the next 50 years.

Improving infrastructure in Vanuatu will strengthen its resilience against natural disasters, thus saving human lives and reducing the cost of international intervention.