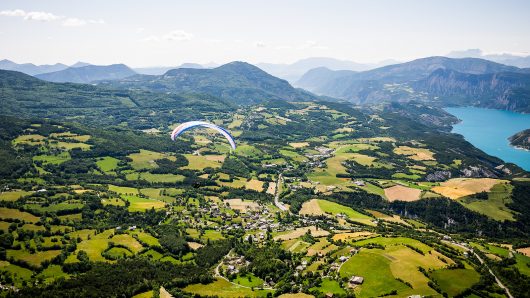 Infrastructure in St. Vincent and the Grenadines has been a major focus of the government during the last few years. Given that the island is very susceptible to storms and other natural disasters, most of which are a result of climate change, building resistant infrastructure has become increasingly important. The nation has, however, been very successful in its development, particularly through the assistance of the Caribbean Development Bank (CDB).

By 2012, the CDB had provided around $287 million to St. Vincent and the Grenadines. Most of the money was used to finance social and economic infrastructure. The government built disaster-resistant roads, schools and other structures, and invested in community training against natural disasters. These were all necessary projects to protect the nation against disasters that had previously caused massive issues.

Hurricanes and storms often caused damage that impacted the tourist and agricultural industries on the island — the two main ways citizens of the nation sustained themselves. In 2011, the World Bank provided $47 million to St. Vincent and the Grenadines for the Regional Disaster Vulnerability Reduction project. This project helped create disaster-resistant infrastructure for more than 200,000 people and has helped the nation greatly.

Additionally, school infrastructure has been greatly improved over the years. In 2016, teachers from St. Vincent and the Grenadines, among other countries, revealed the poor infrastructure of their school systems. A conference was held by the Caribbean Union of Teachers (CUT) and pushed for a revision of the health and safety, as well as teaching standards, of Caribbean school systems. CUT also called for more climate-resistant facilities, so that weather conditions would not pose such an interruption to the classroom.

Better programs have been implemented, and training for teachers has become more comprehensive. All of this is with the hopes of providing a better education for children on the island and contributing to the overall development of the country. A better education for students in St. Vincent and the Grenadines also means greater economic mobility for them and their families, which has the potential to reduce poverty on the island.

Ultimately, infrastructure in St. Vincent and the Grenadines has been improving steadily, but with the rapid progression of climate change, it will need to ensure that structures on the island are sufficient. With aid from organizations like the Caribbean Development Bank and the World Bank, the island nation may be able to protect itself from further destruction.

Infrastructure in Kiribati: One Road’s Impact on Half the PopulationBanana Production Fueling Sustainable Agriculture in St. Lucia
Scroll to top