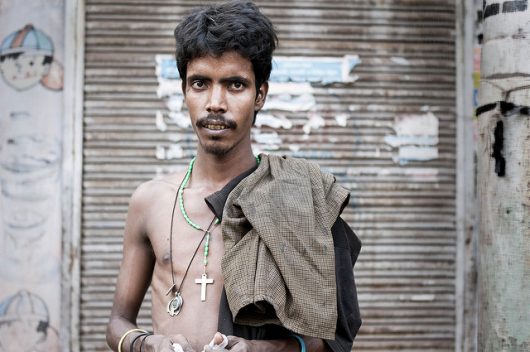 India is in the midst of a suicide epidemic. Recent studies by the World Health Organization (WHO) and Proceedings of the National Academy of Sciences of the United States of America (PNAS) have linked India’s suicides to academic pressures, financial stresses and climate change.

When last reported in 2015, WHO found that 15 of every 100,000 Indians commit suicide, dwarfing many other nations’ rates. More concerning is that teens and young adults account for nearly half of India’s suicides. These high rates can be attributed to a variety of factors.

Academic Pressures
Societally, failure is not an option for many students in India. Many have a hard time coping with poor grades because they believe that scholastic performance is the deciding factor in gaining employment.

Failure in school leads to frustration. Because India’s schools lack emotional support systems for students, many can fall into cycles of anxiousness, helplessness and in extreme cases, suicide. In 2015, one student committed suicide every hour.

Academic pressures were also found to disproportionately negatively affect lower income and impoverished students. These students feel there is more on the line, and when they struggle are more prone to fall into depression.

Financial Stress and Climate Change
Financial stress and climate change are very much linked in India’s agricultural society. With over half of India’s population involved in agriculture in some way, crops and land viability have a huge impact on the mental well-being of Indians.

A 2017 PNAS report linked changing climates to an increase in suicides, attributing nearly 60,000 deaths to climbing temperatures and crop failures. Researchers found that during the growing season, every degree above 20° Celsius could be linked to roughly 70 deaths.

For farmers living from harvest to harvest, every crop is crucial. Failure not only means that you may go hungry, but that the loan servicer may come to collect and repossess the equipment you need to start another crop. India’s suicide epidemic is not only due to climate change, but also to the financial strain it disproportionately puts on poor farmers.

When asked, many in India believe that suicide is a personal matter that should be handled privately, and until 2014 was considered an illegal act. Mental health professionals believe the stigma of talking about mental health needs to end. Some, like psychiatrist Satyakant Trivedi, believe that it needs to be addressed early.

“Mental health and wellness should be added to school curriculum. Only when children know about these disorders in their formative years will they be able to seek help,” Trivedi wrote in an India Today article.

Addressing mental health in schools, funding appropriate infrastructure and increasing the number of mental health care professionals in India are all good ideas. The road map is there. Leaders just now need to come forward and address India’s suicide epidemic.