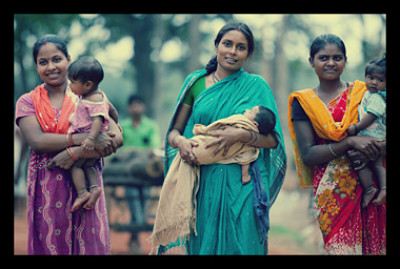 According to an Indian report released September 3rd, one Indian woman is murdered every hour due to dowry-related crimes, with 8,233 Indian women killed because of this in 2012 alone. Many times this is due to disagreements over dowry payments made by the bride’s family to either the groom or his family when they get married. Dowry-related deaths are just one kind of the many crimes against women in India.

India is the fourth most dangerous country to be born a woman according to a 2011 Thompson Reuters survey, and crimes against women are only increasing. In fact, in 2012 there was a 6.4 percent increase in the amount of crimes against women in India. Crimes such as rape, molestation, sexual assault, and dowry-related crimes make up the 244, 270 crimes against women reported to the police in 2012.

According to police, there is not an increase of crimes against women in India, but rather an increase in the number of reports. Police site the fact that less Indian women are staying silent about such issues in the mainly patriarchal and conservative nation and speaking out about the abuses that occur. However, women’s activists groups disagree, saying that there has been an increase in gender violence in India, a country known as the world’s largest democracy. And yet, society still sees men and women as unequal.

As far as dowry-related crimes, where the conviction rate remains at a low 32 percent, many women’s activists attribute them to the country’s growing economy, which causes a sort of commercialization of marriage.

“Marriages have become commercialized. It’s like a business proposition where the groom and his family make exorbitant demands. And the wealthier the family, the more outrageous the demands,” Indian women’s rights activist Ranjana Kumari said.

Additionally, activists and police have sited a lack of accountability as a reason for increases in dowry-related crimes, especially because of the delay in prosecutions as well as the loopholes in dowry prevention laws, since dowries are illegal in India but continue to be part of a cultural custom.
Besides dowry-related crimes, the many recent gang rapes in India have caused major media coverage and worldwide outrage.

Last December, a 23-year-old woman was gang raped and murdered in a bus by six men in Delhi, known as India’s ‘rape capital’ and the ‘most dangerous city for women’ due to it having the highest number of rapes reported in the country.

The case sparked widespread protests for better security and sparked conversation on gender inequality in India. Even more recently, a 22-year-old woman was gang raped and beaten in Mumbai on August 22.

Due to all the international media spotlights and outrage over these recent incidents, the government passed a bill in March, placing stricter penalties on men who attack women as well as creating a more efficient and responsive police force. Moreover, conviction rates have increased in some areas of India, especially in cases of sexual assault in the city of Chennai. However, Indian Prime Minister, Manmohan Singh, claimed that more needed to be done to protect Indian women.