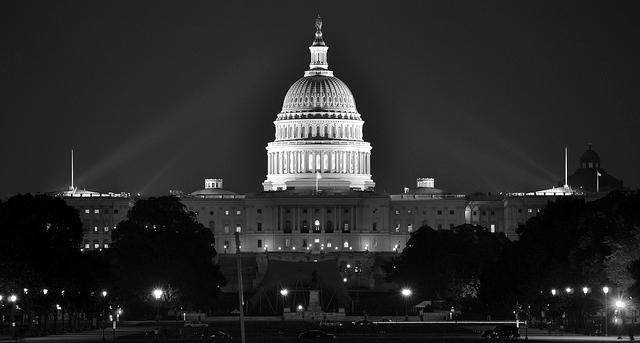 The results of the recent New Hampshire primary confirmed that the 2016 presidential election promises to be one of the most exciting races in history. The unpredictability of this year’s tumultuous race means that almost anything could happen so each individual vote counts more than ever.

Political pundits have been surprised again and again by the success of Donald Trump and Senator Bernie Sanders – two dark horses who have become serious contenders for their parties’ nominations.

Both Trump and Sanders won double-digit leads over their opponents, indicating that “The Donald” is not going anywhere despite his second-place finish in Iowa — and that Hillary Clinton is in for a much tighter race than anticipated.

On the Democratic side, Sanders won 63.1 percent of Democratic votes, leaving Hillary with 36.0 percent. While Sanders’ victory in New Hampshire was expected, as he serves as a Senator for the state just next door, the demographics of Sanders’ supporters were rather unexpected.

According to polls conducted by Edison Research for The Associated Press and other media networks, Sanders won a majority of both men and women, with seven in 10 women under 45 casting their votes for him.

When Hillary ran against President Barack Obama in the 2008 presidential election, she won a plurality of women’s votes. In the Iowa caucus just a week before the New Hampshire primary, Hillary received a majority of women’s support.

However, Jeb Bush came out of the New Hampshire primary with some much-needed momentum, finishing fourth with 11.2 percent of Republican votes. Sanders left New Hampshire with over $6 million more in funding.

The fast-changing nature of this year’s presidential election means that each and every vote carries significant weight. But there are many other reasons to line up at the ballot box this election season.

Second, nearly one-quarter of Americans – or 75 million people – will hit retirement age over the next few years. As members of the baby-boom generation retire from their jobs, the U.S. labor force will fall dramatically. Simultaneously, Social Security and Medicare funds will decrease as retirees claim their benefits. The next president will be making some tough but important decisions about retirement policies and the future of Social Security.

Third, during his tenure in office, President Barack Obama has left his mark on a wide range of policy fields, such as health care, education, immigration and gun control. The Affordable Care Act (ACA), also known as Obamacare, has significantly changed the American health care system. Obama’s “Race to the Top” and “Common Core” initiatives have expanded the federal government’s role in American education. Whoever takes office next will have the power to either continue these policies or strike them down.

Voting is an essential part of the democratic process and a privilege; there are many people across the world who still do not have the right to choose their nation’s leader.  Your vote matters.