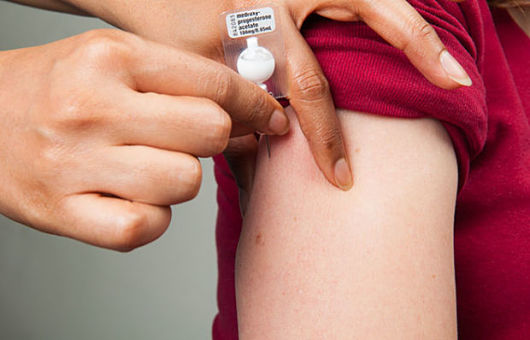 For all the immense scientific progress made over the past decade, methods of contraception, particularly for women in the developing world, has stagnated. It is estimated that in 2013, only $65 million was used for contraception research and development for middle and low income women in developing countries, compared to $580 million used for tuberculosis and $549 million for malaria. Clearly, R&D in these areas is of primary importance, but improvements in birth control technology will make it more affordable and accessible for women in developing countries.

This technology is in huge demand—the Bill & Melinda Gates Foundation estimated that there are 200 million women in developing countries who want family planning services but have none available to them. Access to birth control would prevent an estimated 72 million unintended pregnancies and 70,000 maternal deaths annually. It would also put the power in the hands of women to decide when to start families and how big they will be. Preventing unintended pregnancy will help women who cannot financially support more children, or those who have insecure food resources.

One reason that contraceptive technology has gone largely underdeveloped in the past is that there is very little communication amongst those in the field: private corporations, university labs and investors. Beyond financial restraints that may prevent a company from advancing a new solution down the pharmaceutical pipeline, some corporations may lack certain innovations that allow them to develop a drug all the way to completion. Even further, a lack of communication within the medical community limits knowledge on the market for this kind of medicine, discouraging investors from funding technological endeavors.

Unification among private corporations, academia, donors and nongovernmental organizations is essential to leveraging funds, technology and information that will help progress access to birth control for women in developing nations. Family Health International 360 has recently partnered with private companies, university laboratories, and international medical research centers to expand development on two types of technology: the long-term injection and biodegradable implant. In doing so, FHI 360 has also linked up with research centers that had not previously applied their work to contraceptive development and also connected nonprofit funding organizations with private companies.

Another advancement spurred by the Bill & Melinda Gates Foundation is the Contraceptive Technology Innovation Exchange, a website that houses information on over 170 in-development or recently developed contraceptive technologies. Founders hope this kind of information will lead to increased funding for medical innovation and partnerships between groups. This will improve the accessibility of contraceptive technologies and expand the market for them internationally. Such a database will spur the growth of the industry for contraceptives.

Progress at home, whether through medical research, food technology and investment, spurs growth all over the world. When corporations, organizations and academic groups work together for a common cause, they can improve innovations that will benefit people all over the world.