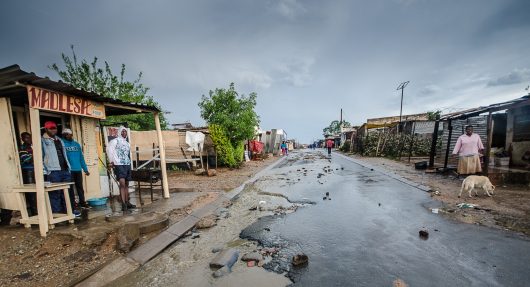 An article from the Daily Maverick explained that approximately half of the population in South Africa is living in poverty. In addition, about 21.7 percent of the country’s population is living in extreme poverty, according to the article.

Those living in this state of extreme poverty are often not able to afford food items that meet basic nutritional standards. While a little over half of the population is able to afford enough food, those who fall under this category are still considered to be within the widest definition of poverty in South Africa.

Poverty statistics from 2011 reveal that the number of those living in poverty in South Africa is increasing from year to year. While some data has shown that there may be long-term declines in poverty, missing poverty-reduction targets such as the one set for 2015 shows that South Africa is still far from eradicating poverty in the region.

The facts and figures in South Africa provided by the World Bank also stated that the poverty headcount ratio at $1.90 a day was approximately 16.9 percent in 2008 compared to 16.6 percent in 2011. While this reduction is good, it is only slight progress.

In 2010, the poverty headcount ratio at national poverty lines was approximately 53.8 percent. Facts and figures in South Africa point towards the future improvement in respect to poverty, though change is fairly slow moving.

The Complex Issue of Water Quality in Mauritania A 25-Year Plan: The World Bank Fights Stunting in Pakistan
Scroll to top