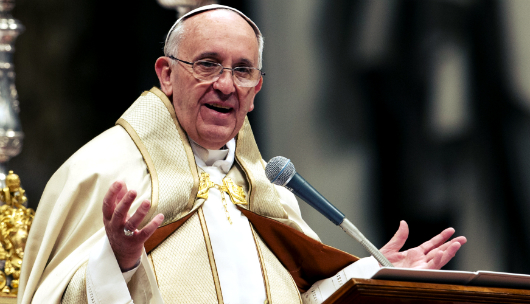 Pope Francis’s encyclical is a timely response to the world’s most pressing challenge. Already, climate change is contributing to the deaths of nearly 400,000 people every year. Attached, comes a costly price tag worth more than $1.2 trillion, according to the Guardian.

Since those who will bear the brunt of the burden will be the world’s most disadvantaged, the papal encyclical is even more imperative to understand in order to fully address global poverty.

The amount of food-insecure people will be anything up to 200 million people by 2050, and 24 million malnourished children. Less food availability will make prices surge, resulting in a general 40-50 percent price increase by 2050, which will hurt the estimated 2 billion more impoverished people. The prime minister of Bangladesh, Sheikh Hasina, said, “a 1C rise in temperature is associated with a 10 percent productivity loss in farming,” which equates to a $2.5 billion loss, or 2 percent loss in U.S. GDP.

Biodiversity loss is one of the main effects of climate change. As weather patterns shift, sensitive species are more likely to die out, inevitably affecting the many other species dependent on the original keystone species. The keystone species performs a crucial role to its ecosystem or habitat.

Scientific research indicates that climate change will result in stronger, more lasting, and more frequent storms. This affects the agricultural sector, which is for many developing nations one of the largest contributors to their economies. Thus, not only will extreme weather take more lives, but it will also take away fertile lands and replace them with over flooded and destroyed soil.

According to NASA, The Intergovernmental Panel on Climate Change (IPCC) forecasts a global temperature rise of 2.5 to 10 degrees Fahrenheit over the next century. These storms may take 2 percent of the U.S. GDP by 2030.

Extreme weather may lead to disease outbreaks. As temperatures increase, disease-ridden insects and other hosts are more likely to spread across wider niches, infecting populations unfamiliar and defenseless to the viruses. Malaria, dengue fever, cholera, and meningitis are among a few diseases that are prone to expand with global climate change.

The spread of allergenic plants, thanks to global warming, may also lead to an increase in human health cases worldwide. Air pollution, created by fossil fuel burning, also contributes to about 4.5 million premature deaths per year.

Damages by climate change value to about 1.6 percent of the global GDP. Researchers believe this will rise to 3.2 percent of global GDP within 15 years. The world’s least developed countries will suffer the greatest losses, losing up to 11 percent of their GDP.

The ugly truth is that climate change is, and will continue to upset every aspect of society from agriculture, energy, the economy, transportation, education, and even defense.

The papal encyclical has the potential to educate and inspire a massive population to embrace responsible stewardship. It will likely be used by at least 1 billion Catholics, a large audience by anyone’s standards.