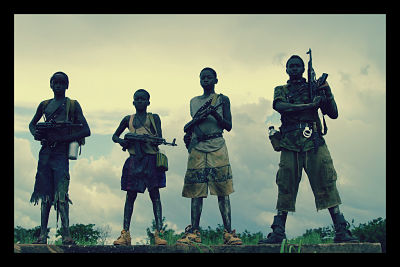 2012 was a year with several attention-grabbing events: Whitney Houston passed away, Barack Obama was reelected President of the United States, and an American athlete publicly confessed his sexual preferences. However, despite all of these large-scale events, one eclipsed all of these. The crimes committed by Joseph Kony and his group, the Lord’s Resistance Army, were exposed to the entire world through the efforts of the Invisible Children program. The impact is still being felt today, even after the fervor exited the public spectrum.

The record setting video, found here, reached 100 million views in six days, making it the fastest growing viral video in history. As most people know, the Kony 2012 video is a call to arms, an informational lecture about the crimes Kony and the LRA have committed for over 25 years. The video urges people to join the cause by making Kony internationally known, and never letting the world forget his name until he is brought into justice.

While the primary cause behind the video–to bring Kony and the LRA to justice–has not been achieved, significant progress has been made. Whereas Kony himself has not been captured, two of his top military officials, Major General Caesar Acellam and Lieutenant Colonel Vincent Binansio (Binani) Okuma, have been removed from the battlefield.

Progress has been made in several areas outside of the removal of major military officials. LRA killings have decreased by 67 percent since the release of the 2012 video. Additionally, five LRA members have surrendered with an Invisible Children-made flier in hand. 690,000 of such fliers have been printed in hopes of others joining the surrender. The fliers have had a hand in 89 percent of the escapes from the LRA, citing the flier as the final beacon to disband from the group and seek safety elsewhere.

Additionally, Invisible Children established a safe haven for children who have escaped from the LRA. These children are brought to shelters in safe villages, where the friendly shelter workers can help assimilate the children back into a healthy environment. Many of the children had to withstand extreme, unimaginable scenarios; the shelters can provide a stable community for these children to rediscover themselves.

Invisible Children has accomplished much since the release of the video, but the primary goal remains: Kony must be brought to justice. While his reign of terror is now weaker than any time in the past 20 years, he is still at large and very capable of causing extraordinary pain. To join the fight to save the African children from Kony’s presence, visit the Invisible Children website to see how anyone can join the fight.