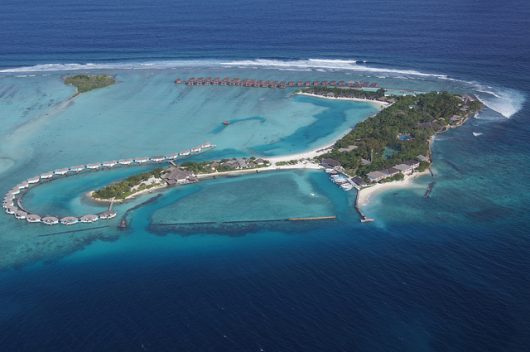 Many experts would say the development of the 1,192-island country of the Maldives is an extraordinary success story. In the past three decades, the nation has moved from one of the world’s 20 poorest countries to a middle-income country with almost double the population it had in the early 1980s.

The tropical islands have become a destination for many travelers looking for nature adventures and a huge marine life economy. It is a nation rich in natural beauty, and ecotourism accounts for about 70 percent of employment. More than half of public revenues, almost all exports and close to 80 percent of GDP rely on the ecosystem and biodiversity-based sectors.

According to the Household Income and Expenditure Survey (HIES), rising price levels are impacting the rising poverty rates of the Maldives’ capital, Male. In 2009 and 2010, about 8 percent of the population lived on $1.25 or less a day. The good news is that this number has dropped significantly in the past few years. The nation saw its poverty rates decrease from 40 percent in 1997 to 28 percent in 2004. The World Bank is currently working to calculate the latest numbers.

In December 2016, the Maldives left the Commonwealth of Nations, after joining in 1982. A spokesperson from the Commonwealth Secretariat said the nation received developmental assistance in various ways including education, research studies and strengthening multi-party democracy. Critics of the departure claim that the government is failing the country with this decision and that it would be beneficial for the country to stay engaged with the international community so it can keep working to eradicate hunger in the Maldives.

However, the Maldives minister of foreign affairs Mohamed Asim claims that the help from the Commonwealth was not significant in any way and that the budget for aid shrinks every year. Asim claims in an article in The Independent that the Commonwealth is too preoccupied with trying to leverage its international diplomacy to help develop the smaller nation members.

In the wake of leaving the Commonwealth, the Maldives launched its first international sovereign bonds through the Singapore Stock Exchange in an attempt to boost the economy of the island country according to the Economic Times. The government is confident this will boost the overall economy and that hunger in the Maldives will soon have no significant impact on the islands’ citizens.