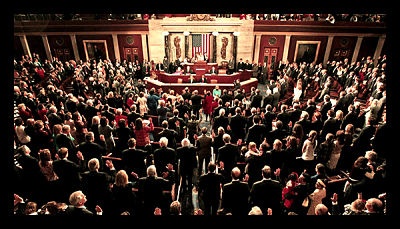 The United States Congress shows consistency in supporting humanitarian efforts in response to natural disasters and man-made crises in order to lead the promotion of a positive global US presence.

Whether domestic or foreign, crisis and disaster assistance generally wins bipartisan support within Congress. Congress maintains control over foreign policy decisions primarily through authority over the national budget and international expenditures. Thanks to the Foreign Assistance Act of 1961, Congress can (and does) authorize the President’s broad authority in disaster relief efforts, allowing significant flexibility in allocating $50 million in government-funded humanitarian assistance.

These funds are usually allocated to the Office of Foreign Disaster Administration (OFDA) in the Agency for International Development (USAID), U.S. Department of Agriculture food aid programs under Section 416 (b) of the Agriculture Act of 1949, the State Department Emergency Refugee and Migration Account (ERMA) and Overseas Humanitarian and Disaster and Civic Aid (OHDACA).

Congress defines the nature of humanitarian emergencies as “the need to respond quickly in order to save lives and provide relief.” In both policy and operational levels, the very nature of this type of emergency results in broad political variations of this definition.

The U.S. government retains the authority to flex this definition depending on the type of emergency. This allows Congress the freedom to develop a customized aid plan to combat any humanitarian needs. Assistance can include supplying basic needs, child survival strategies, and refugee assistance. International collaboration to increase aid effectiveness is also highly encouraged within Congress and the Administration.

It is assumed that humanitarian assistance involves fulfilling the food, shelter, and medical needs of affected victims. It is the President’s responsibility to discern the type of assistance needed for a given incident. Humanitarian aid is considered a “neutral” intervention in a crisis and can “buy time and keep options open” when deciding what the next steps of this nation will be. This type of assistance often involves averting a crisis to give support to allies, or to maintain a presence in a region.

How assistance is used depends largely on the situation, the roles other governments are playing, and the degree to which the US has interest in the future of the region.

This raises complicated questions regarding future action. On one side, if the US decides to scale back humanitarian aid, it might reduce the faith of allies in the US. On the other, because the President is awarded flexibility over the US’ aid involvement in a given crisis, once a commitment to effort is made, it could increase the chances that the US will be interested in long term participation.

Regardless of these two scenarios, the degree to which the US offers humanitarian assistance has a direct effect on foreign policy goals.

In the past, Congress has authorized significant foreign assistance strategies for specific regions, countries, or aid sectors in independent legislation or appropriation bills. Among these are the SEED Act of 1989, the FREEDOM Support Act of 1992, the United States Leadership Against HIV/AIDS, Tuberculosis, and Malaria Act of 2003, the Tom Lantos and Henry J. Hyde United States Global Leadership Against HIV/AIDS, Tuberculosis, and Malaria Reauthorization Act of 2008, the Millennium Challenge Act of 2003, and the Enhanced Partnership With Pakistan Act of 2009.