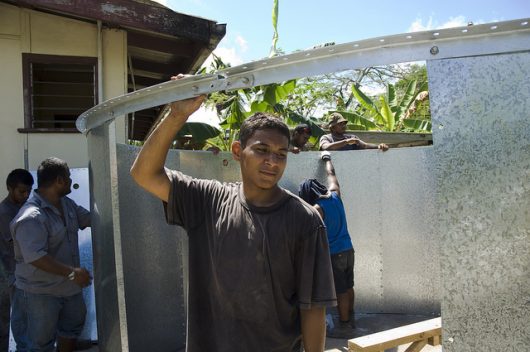 As the smallest country in the world, Nauru is home to about 1,600 refugees. Close to 200 refugees will emigrate to the United States during the month of January 2018. The country relies on international aid to support various programs. The local population has been positively impacted by humanitarian aid to Nauru from various international donors.

As Nauru’s largest donor, Australia aims to promote security and prosperity in the Pacific area. It has an ongoing objective of developing Nauru as a fiscally responsible and stable government, including necessary infrastructure services. It also aims to assist with human development.

Results of Australia’s aid program include establishing the Intergenerational Trust of the people of Nauru and introducing the taxation system successfully. It contributed to maintaining primary school enrollment at 100 percent since 2013-2014.

Furthermore, the aid program worked to broaden roles for women in leadership while addressing domestic violence and reaching 100 percent coverage rate of vaccines for newborns against tuberculosis and hepatitis B.

From 2016 to 2017 New Zealand gave $1.7 million in humanitarian aid to Nauru. New Zealand aid projects focus on investing in skill development and education. Its goal is to create an able workforce and strengthen the justice system in Nauru.

Recent achievements include building a Legal Aid Office that has refined the efficiency of the courts, legal representation and increased residents’ knowledge about their equal rights. A skill course was also created for court clerks to improve the quality of paralegal representation.

In addition, correctional officers received conduct, discipline and human rights training. As a result, there were managerial improvements in many prisons.

The aid provided by New Zealand for education improved enrolment rates for secondary schools to 79.8 percent. In addition, the number of teachers obtaining a certificate, diploma or degree is up by 40 percent since 2005.

Thanks to these two countries, Nauru can continue to develop and prosper. Although poor health and education difficulties persist, the government, with the help of humanitarian aid to Nauru, is working to alleviate the problems its citizens face.