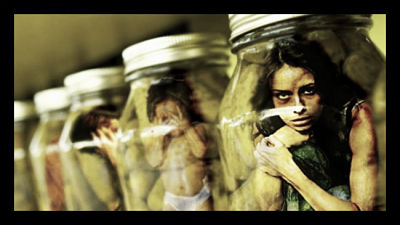 In the realm of global issues, a number of staple issues tend to dominate the docket. On a regular basis, a typical news hour will consist of principally the economy followed by a steady rotation of hot button political issues focused predominantly on the government. Underneath the surface of popular media, however, lay far more sinister realities we as a global community have yet to fully confront.

Whether an individual of trafficking is intended for labor or sexual exploitation purposes, the International Labor Organization (ILO) estimates that in 2012, 20.9 million people were victims of slave labor and human trafficking. To be sure, the types of people being trafficked are as varied as their intended purpose.

The United Nations Office of Drugs and Crime (UNODC) estimated that of the global human trafficking trade, women constitute 59 percent of the market. The rest of the trafficking trade consists of 17 percent girls, 10 percent boys, and 14 percent men.

With such a staggering number of trafficked individuals, it comes as no surprise that the practice is not limited to one region or culture. In fact, the UNODC reported, “victims of 136 different nationalities were detected in 118 countries worldwide between 2007 and 2010.” The successful function of a market like this hinges upon exploitation of the poor in developing or undeveloped countries all over the world.

As the UNODC reported, the Middle East is a hotbed of trafficking for the purposes of forced labor. It is no secret that the flowering development of Dubai rests largely on the backs of imported forced labor; many use imported labor as their own personal slaves.

Just this month, prosecutors in California charged a Saudi Arabian Princess, Meshael Alayban, with one count of human trafficking after a Kenyan national flagged down a public buss and decried her situation.

The Kenyan national claims she was promised a salary of $1,600 a month. Upon signing her contract, however, her passport was confiscated and she was instead paid $220 a month for full time labor. Unable to return to Kenya, the woman was effectively trapped. While this story has attracted national attention, it is only the story of one person in 20.9 million.

With so little attention given to the issue, it is difficult to prescribe a cure. Many governments are aware of their domestic human trafficking market. A good place to start would be to pressure our own representatives to turn the heat up with threat of sanctions if the practice continues to be ignored.

Uniject: One Immunization, One Time, One Life Poverty in Uruguay
Scroll to top