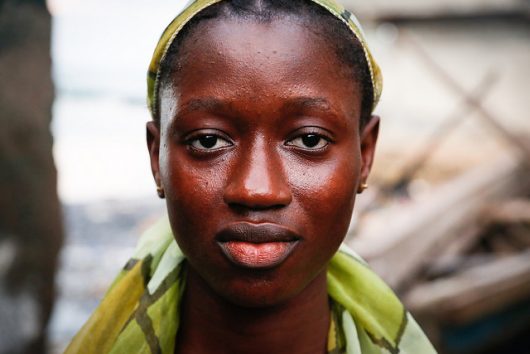 Sierra Leone is a small country in West Africa best known for the large number of high-quality diamonds it supplies to the world market. Urbanization is growing in the country. The population living in cities is expected to increase from 39 to 44% from 2015 to 2030. Human rights in Sierra Leone appear to be on the rise, but the country ranks 120th worldwide on the Social Progress Index. Why, given the increases in urbanization and economic strength, does the standard of living in Sierra Leone remain so low?

Most of the reasons relate to human rights in Sierra Leone. Or, more accurately, the lack thereof. Even during the 2014-16 Ebola epidemic, when there were 4,000 deaths and more than 13,000 cases of the disease, government funds intended for medical aid disappeared mysteriously, pointing to extraordinary corruption on a national level.

Even though the Ebola epidemic officially ended in January 2016, numerous health problems still plague the country. Although many of the health centers established to handle the Ebola outbreak remain functional, at least 20% don’t have access to running water. In addition, half don’t practice proper waste management techniques.

Due to the recent civil wars, there is no land-titling system. This effectively eliminates any chance for traditional, government-sanctioned property rights. Private businesses require extensive licensing, severely limiting economic freedoms in Sierra Leone.

However, human rights in Sierra Leone are beginning to improve. Before the Ebola outbreak, medical services were few and far between, but the intervention of the World Health Organization has encouraged significant improvement. Since 1995, government corruption has decreased by roughly 20 points in the World Heritage Index. The same holds true in the economic field, where over the same time span, monetary freedom increased by 18 points and freedom of trade has improved by 25.

While Sierra Leone still faces a long journey forward, they have still made significant strides toward improving the quality of life of its citizens.

How to Help People in Puerto Rico How Many Africans Live in Poverty?
Scroll to top