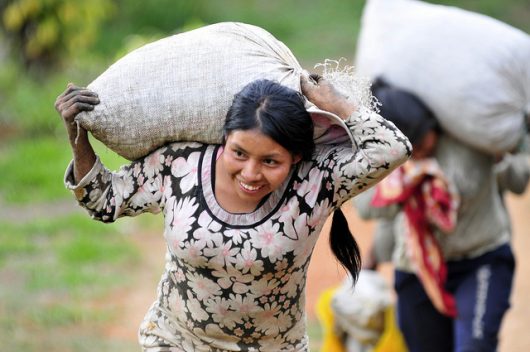 Although the five-decades-long civil war in Colombia ceased in 2016 with the signing of a peace agreement between the Colombian government and the Revolutionary Armed Forces of Colombia (FARC), human rights in Colombia continue to be violated.

According to Amnesty International, the very group who signed the agreement, FARC, and another rebel group, National Liberation Army (ELN), commit numerous violations of international humanitarian law including high profile kidnappings. Currently, the most susceptible populations are human rights defenders, women, farmers, unionists, indigenous and Afro-Colombian communities. These groups face constant threats to their security and are terrorized by guerillas and paramilitaries. The violence from internal conflict has forcibly displaced 6.8 million Colombians, creating the world’s second-largest population of internally displaced persons (IDP) after Syria, according to Human Rights Watch.

Marino Cardoba, an Afro-Colombian advocate for the Association for Internally Displaced Afro-Colombians (AFRODES), is executing a campaign to protect the human rights of Afro-Colombians. He feels this community is particularly vulnerable because they were not included in the peace agreement. His colleague, Gimena Sánchez-Garzoli, is also a researcher and advocate for human rights in the Americas. In a presentation the two gave called “Peace and Human Rights for Afro-Colombian and Indigenous Peoples in Colombia,” they stated Afro-Colombians lived in areas with valuable natural resources such as oil, and the government and paramilitary forces both wanted this land. Perhaps this is why that population remains a target for forcible displacement.

Another flaw of the peace agreement includes a lack of accountability for wrongdoers and punishment that matches the crime committed. The current peace agreement allows members of FARC who committed war crimes to run for and hold political offices. Human Rights Watch reached out to the Colombian Constitutional Court and requested that war criminals be held fully responsible for their crimes and receive sanctions through the newly established Special Jurisdiction for Peace.

Despite the shortcomings of the peace agreement, it does have strengths. According to Amnesty International’s 2016-2017 annual report, FARC is required to provide an account of assets it acquired in conflict. The resources the group gained would then be used to provide reparations to victims of crimes of human rights in Colombia. If implemented this would certainly be a positive gain.

The peace agreement also established a Special Jurisdiction for Peace – to come into force once approved by Congress – to investigate and punish those responsible for crimes under international law, a truth commission and a system to locate and identify those missing as a result of the conflict.

Achieving security for human rights in Colombia has been a long process. However, citizens in Colombia are more open to securing those rights for all as indicated by the historic 2016 peace agreement. With continued aid and accountability from groups like Human Rights Watch and Amnesty International, life, liberty and the pursuit of happiness for all Colombians is a very real possibility.

Half of Humanity: Healthy Menstruation for Female Refugees Raising Awareness for Human Rights in Lebanon
Scroll to top