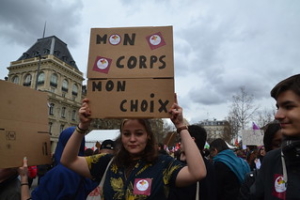 The Human Development Report is an annual publication by the Human Development Report Office of the United Nations Development Programme (UNDP). It is essentially a report that shows how well countries are doing economically. The UNDP compiles its list using information they collect on categories from income and literacy levels to gender rights and longevity. The 2013 report, which is slated to be officially released on March 14th, is said to show great progress in 40 countries that are lifting their people out of poverty. There are a few of the expected countries on the list, such as the emerging superpowers of China, Brazil and India, but the progress goes well beyond these three.

The list is controversial in many circles. Some of the critics argue that the numbers are simplistic or misleading, and can be dramatically misinterpreted with by reading a slight change of the criteria. The focus on material well being rather than any psychological factors are also a point of contention. These critiques are common of any of the myriad of tools that turn the vibrancy of human life into a series of easily digestible numbers. In any case, the Human Development Report has long been a good indicator of global trends and areas that need to be worked on.

While the news of progress worldwide is a good sign, there are still advances to be made. Notably, none of the ten countries of sub-Saharan Africa are on the list. Some of the countries in the Middle East such as Afghanistan, Myanmar and Yemen also continue to struggle. However, the large group of countries that have made the list this year will begin to make themselves heard on a global scale, which can only help to bring up the struggling countries around them.